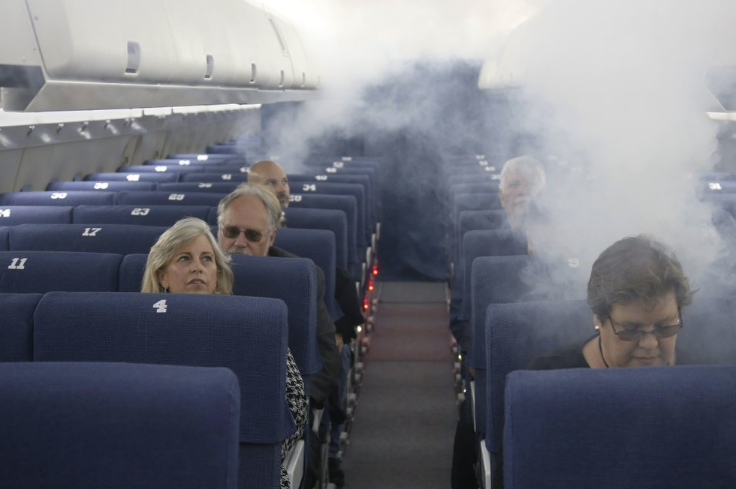 A commuter airplane has crashed near the airport in a small Alaska community on the Bering Sea.

The crash at the airport in Unalaska in the Aleutian Islands occurred shortly after 5 p.m. Thursday, freelance photographer Jim Paulin said.

The Peninsula Airways flight from Anchorage to Dutch Harbor landed about 500 feet (152 meters) beyond the airport near the water, Paulin said.

Unalaska police, fire and ambulance crews were at the airport assisting the passengers, who appeared unharmed. Some passengers were transported from the airport in an ambulance, but others left with the assistance of residents, including families who planned to host the visiting swimmers, Paulin said.

It was not immediately clear whether the airplane entered the water. The plane appeared to have been forced beyond its planned landing area by high winds the community has been experiencing recently, Paulin said.

The Alaska Department of Transportation and Public Facilities said in a statement that the Unalaska and Dutch Harbor Airport has been closed and transportation department airport rescue and fire personnel have responded to the scene.

The plane was carrying members of a high school swimming team from Cordova, City Manager Erin Reinders said. She said she is also the local swim coach and was at the airport waiting to greet the team from Cordova.

A statement posted on the Cordova School District's website said the flight carrying swimmers and their chaperones experienced difficulty stopping on the airport runway.

"At present, all students and chaperones are accounted for and are OK, albeit a bit shaken up," said the statement by Cordova Superintendent Alex Russin.

Russin said he spoke with Unalaska City School District Superintendent John P. Conwell, who assured him the students were safe.

"I spoke again with Superintendent Conwell who stated that the team was together, seemed fine, and were eating pizza. Conwell assured me repeatedly that the students would be well looked after and taken care of," Russin said.

Unalaska is about 825 miles (1,328 kilometers) west of Anchorage in Dutch Harbor, one of the nation's busiest fishing ports.