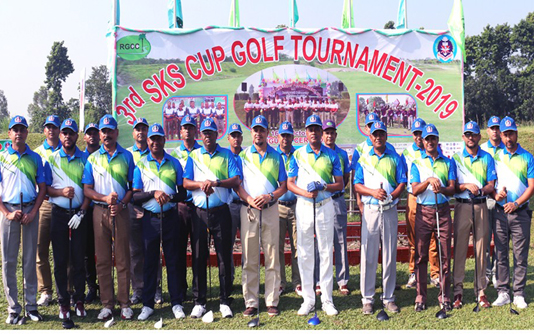 The third “SKS Cup Golf Tournament-2019” began today on the Rangpur Golf and Country Club (RGCC) ground in the outskirts of the city through a colourful ceremony.

The three-day tournament is being sponsored by Sena Kalyan Sangstha (SKS), a press release of RGCC said.

More than 100 contestants from different Golf Clubs from all over the country are participating in the male, female, junior and sub-junior groups of the tournament.