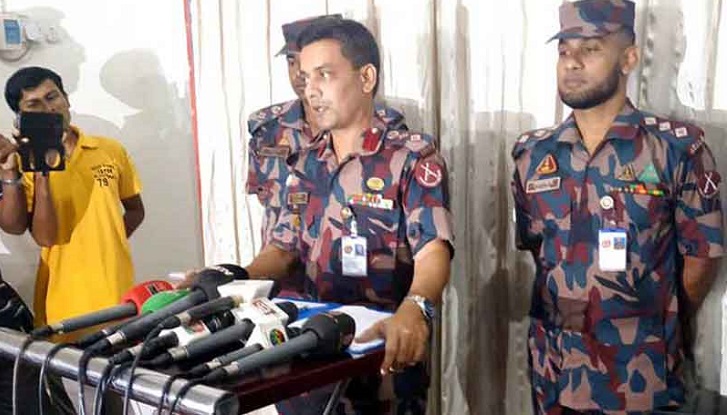 Two cases filed against the Indian fisherman Pranab Mondol who was detained yesterday (Thursday) for fishing Ilish in Charghat area of Rajshahi in Padma River.

The fisherman arrested 650m inside Bangladesh territory in Balughat’s Shahariaghat area of Baral River under Charghat upazila in Rajshahi, according to a BGB press release.

The BGB press release also mentioned, an exchange of gunshots took place between BSF and BGB men when some BSF members tried to take away an Indian fisherman detained by the BGB for allegedly catching Hilsa fish in the Padma River in Rajshahi.

BGB members deputed at Charghat BOP in Rajshahi detained the fisherman while three Indian fishermen boarding on an engine-driven boat were catching Hilsa fish with current net entering about 350 yards inside Bangladesh water in the Padma River.

However, during a flag meeting later on the day following the incident, BSF claimed that one of its jawans was killed and one injured in the incident.