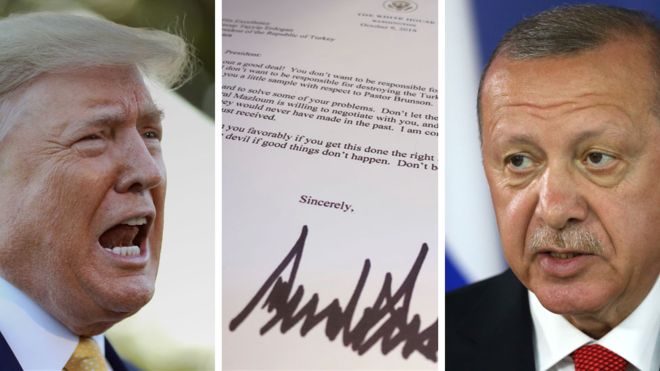 In the letter dated 9 October, and sent after US troops were pulled out of Syria, Trump told Erdogan: "Don't be a tough guy. Don't be a fool!"

President Trump was urging Turkey not to launch a military offensive against Kurdish-led forces in northern Syria, but  Erdogan ignored this request.

US Vice President Mike Pence is now in Ankara to push for a ceasefire.

The US has faced intense criticism for the withdrawal of troops, which critics say gave Turkey the green light to launch the military attack.

In recent years, the Kurdish-led Syrian Democratic Forces (SDF) alliance has been a critical ally to the US in the fight against the Islamic State (IS) group in Syria.

There are fears that the destabilisation of northern Syria could lead to a jihadist resurgence. 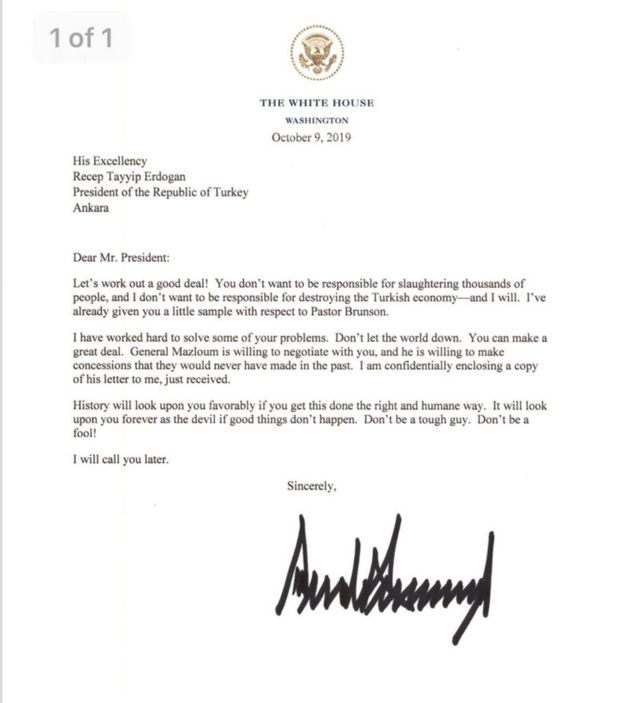 What did Trump's letter say?

In response, Turkish presidential sources told BBC Turkish: "President Erdogan received the letter, thoroughly rejected it and put it in the bin."