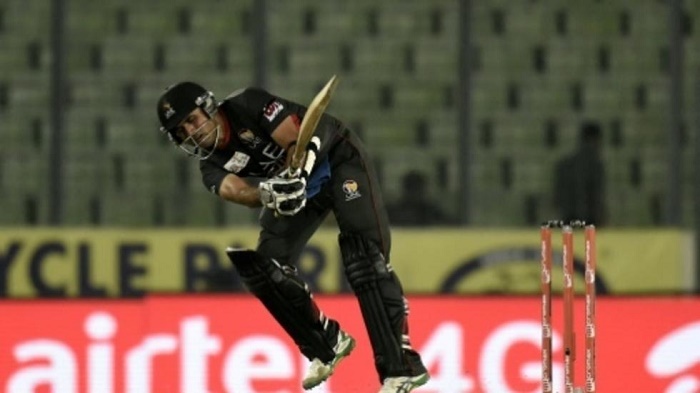 United Arab Emirates captain Mohammed Naveed was on Wednesday charged with corruption ahead of the World Twenty 20 qualifiers and admitted: “I have let everybody down”.

Naveed was one of three UAE cricketers charged by the International Cricket Council (ICC).

Batsman Shaiman Anwar and right-arm pace bowler Qadeer Ahmed have also been charged by the ICC, the three players facing a total of 12 counts of breaching the governing body’s anti-corruption rules.

All three have been provisionally suspended with immediate effect and axed from the UAE squad for the 2020 World T20 qualifying event which starts in Dubai and Abu Dhabi on Friday.

“My family is let down, my friends are let down. Everybody is let down. This was my mistake,” 32-year-old Naveed told The National newspaper.

Naveed told The National he had blundered in failing to report an approach made to him by “a fixer” who had pretended to be an official representing a franchise in the T10 League also slated for the UAE in November.

He said he ended the conversation as soon as he realised he had been misled, but admitted he did not report the approach to the ICC.

A fourth individual, Mehardeep Chhayakar, was also charged for refusing to cooperate with the ICC.

“Three UAE players and a participant in cricket from Ajman have been charged with 13 counts of breaching cricket’s anti-corruption rules and the players have been provisionally suspended with immediate effect,” the ICC said in its statement.

The UAE selectors offered no explanation earlier this week when Naveed was left out of the squad for the T20 qualifiers, replaced as skipper by spinner Ahmed Raza.

Naveed, who has played 39 ODIs and 31 T20s, has been charged on four counts revolving around match-fixing at the T20 qualifiers and the T10 League.

Qadeer has been charged with six breaches of the ICC’s Code relating principally to the series against Zimbabwe in April and the Netherlands in August as well as passing insider information to Chhayakar in the knowledge that “the information might be used for betting purposes”.