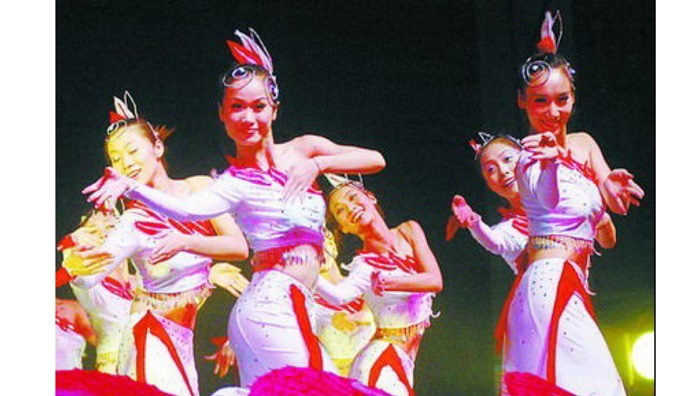 Artistic bands from 30 countries will participate in the fourth Afro-Chinese Arts and Folklore Festival which will be held in Upper Egypt's Aswan Province on Oct. 27-31, Suhair Abdel-Qader, head of the event said on Tuesday.

"The festival will be held in Aswan, the source of heritage and folklore, which was announced by President Abdel Fattah al-Sisi as the African youth capital for 2019," Abdel-Qader told a press conference in Cairo.

The festival will be held under the auspices of several Egyptian ministries including that of culture, tourism, youth and sports and antiquities, with the goal of boosting Egyptian-Chinese-African ties at cultural and touristic levels.

Abdel-Qader noted that art brings together the peoples of Africa and China, "who share brotherhood and love."

The festival's president stressed that all Egyptian ministries have joined forces to make the festival a success, pointing out that the government has been preparing for the festival for seven months.

For his part, Chinese Cultural Counselor to Egypt Shi Yuewen said that the Chinese Ministry of Culture and Tourism has selected Xiamen Little Egret Folk Dance Troupe, China's first folk dance group, to participate in the festival this year.

He pointed out that the troupe performed in more than 46 countries and both Chinese and Egyptian leaders watched the great performances of the troupe in China.

"The troupe consists of 25 artists and bears the title of 'Flower of Chinese Folk Art'," the counselor said, wishing the festival a great success.

Shi expressed confidence that cultural and human exchanges will reach a remarkable stage, especially with the gathering of artists from China and Africa in Aswan.

"China is keen to strengthen cooperation with Egypt in many fields such as culture, tourism, archeology, youth, sports and others," he said.

Shi added that cultural exchanges between the two countries will be at its best through the China-proposed Belt and Road Initiative and the long-standing relations between China and Egypt.

Ahmed Awad, head of Egypt's General Authority for Cultural Palaces, said that the festival is a "bridge between Chinese and African cultures."

"The festival is important and it is developing every year. The Egyptian Ministry of Culture provides all support for the success of the festival," he said.

The festival will include film screening, folkloric dance performance as well as intellectual and cultural workshops.