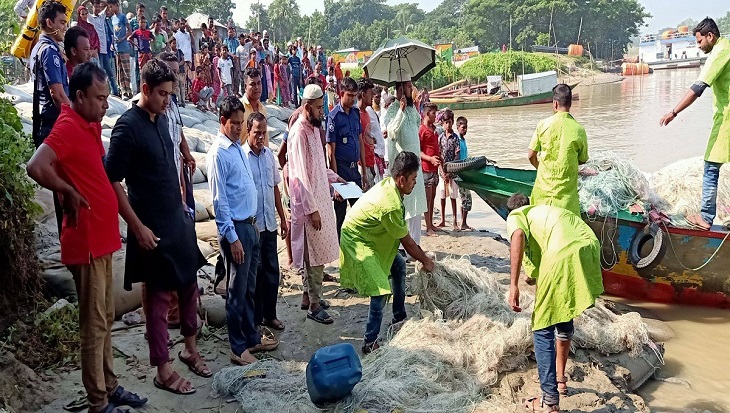 A total of 165 fishermen have been jailed charged with netting hilsha fish in Shariatpur defying ban in the river Padma.

Besides, 544 KGs of seized mother hilsha were distributed at an orphanage and 2 lakh metres of current nets were burnt.