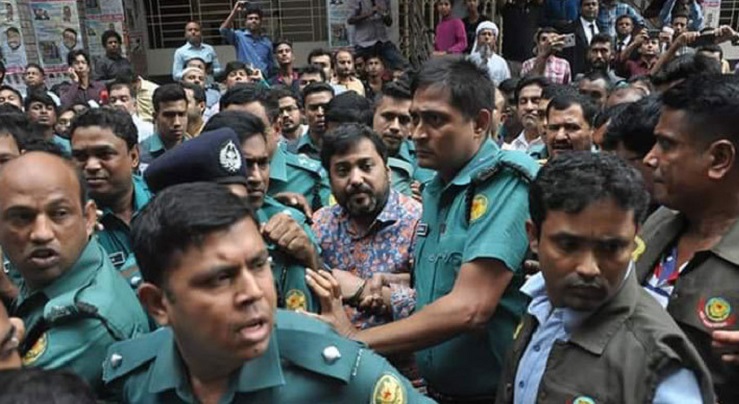 The protests began after Samrat was brought to the court premises for his remand hearing.

Meanwhile, the demonstrators covered the court walls with posters demanding Samrat’s release and continued to chant slogans in the presence of law enforcement.

Samrat was hospitalized after falling sick at Keraniganj Central Jail. He was first taken to the CCU of Dhaka Medical College and Hospital (DMCH) at 7:35am on Tuesday, and then shifted to the NICVD in Agargaon at 7:55am the same day.