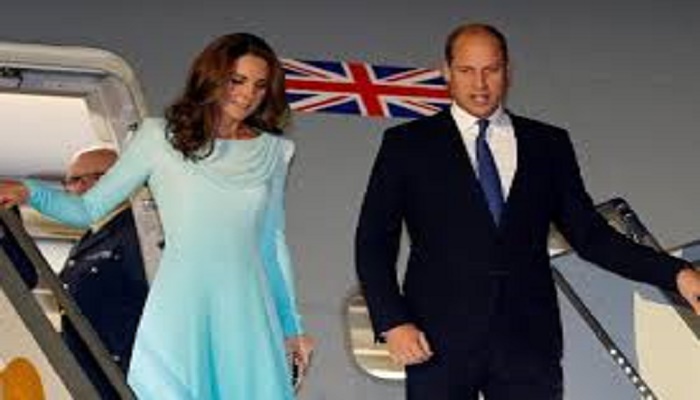 Britain's Prince William and his wife Kate arrived in Pakistan's capital, Islamabad on Monday on a five-day visit.

The  authorities say the visit will help further improve relations between the two countries, reports AP.

The Duke and Duchess of Cambridge were accorded a red-carpet reception on their arrival at the airport, then were escorted to a hotel amid tight security.

The British royal family said the visit encompasses "the modern leafy capital Islamabad, the vibrant city of Lahore, the mountainous countryside in the North, and the rugged border regions to the West."

Britain ended its colonial rule over the Indian subcontinent in 1947 and divided it into two nations, India and Pakistan.

The statement said the royal couple's program will also look at how Pakistan is addressing problems related to the climate change crisis.