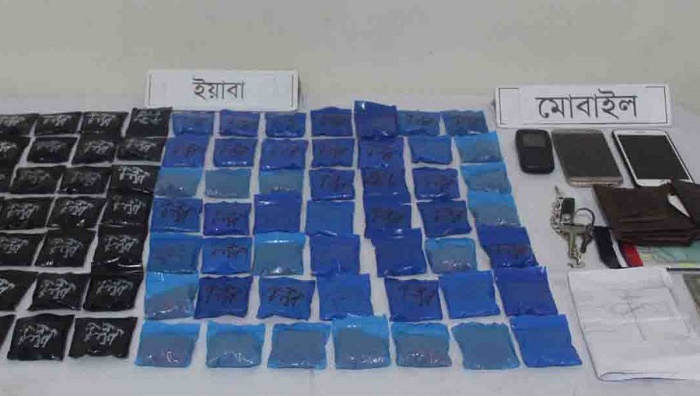 The arrestees are Kabir Ahmed, 38, son of late Abdul Khaleque of Pirnagar in Jakiganj upazila, and Manindra Sarkar, 27, son of Ratindra Sarkar of Kushalpur village in Kaliajuri upazila of Netrakona.

Additional Superintendent of Police M Moniruzzaman, media officer of Rab-9, said a team of the elite force challenged the private car in front of Hotel Eastern around 3:45pm.

The Yaba pills were recovered after searching the vehicle, he said, adding that they arrested the car inmates and seized the vehicle.

Later, the arrestees were handed over to Kotwali Police Station, the Rab official said.