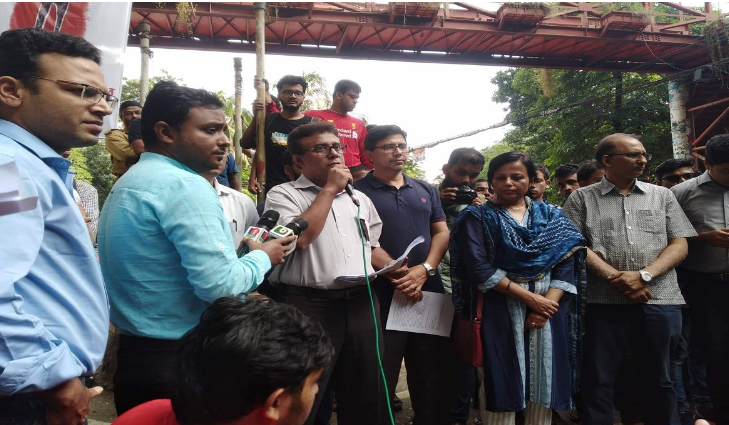 Teachers’ Association of Bangladesh University of Engineering and Technology (BUET) on Thursday demanded  the resignation of the university's Vice-Chancellor Prof Saiful Islam for his ‘failure to ensure safety  of students on the campus’.

"We demand the resignation of the Vice-Chancellor as he totally failed to ensure the security of the students, ” association's President  Prof Dr AKM Masum said while talking to reporters after placing a 7-point demand in front of  the Central Shaheed Minar on the campus.

" We hope he will resign from his post as soon as possible and if he doesn't step down then we'll urge the government to remove him," he said.

Their other demands are formation of a special tribunal to ensure quick punishment of Abrar’s killers, bearing expense  of Abrar murder case by the Buet authorities, expulsion of the killers from the university , banning student politics at Buet, recovering illegally occupied seats of dormitories and ensuring security of students  on the campus.

Meanwhile, the agitating students called of their movement for today around 4.30 pm and announced to resume agitation on Friday morning.