Quader off to Singapore for health checkup 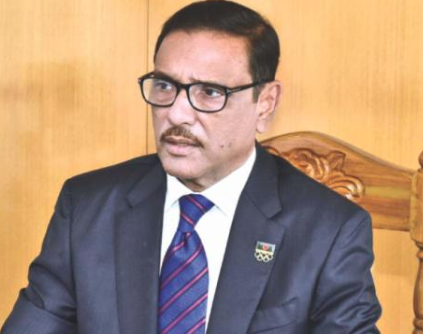 Quader underwent a bypass surgery in Singapore Mount Elizabeth Hospital on March 20 this year and now his health checkup will be conducted under the supervision of physicians of the same hospital, senior information officer of the ministry Abu Naser told journalists.

The minister left Hazrat Shahjalal International Airport at 1:35 pm on Thursday for Singapore by a flight of Singapore Airlines and he is expected to return home on Friday after completing his follow-up health checkup, Naser said.

Tests revealed three blockages in his coronary artery and later he was flown to Singapore for better treatment.

The AL general secretary underwent a bypass surgery in Singapore Mount Elizabeth Hospital on March 20 and returned home on May 15 last.