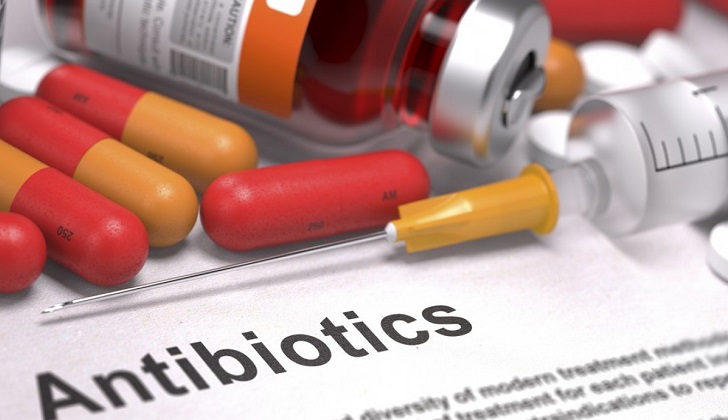 The trend of overuse and misuse of antibiotic entails health risk for people as there is hardly any effective antibiotic not prescribed to treat even most common or deadly diseases.

Health experts said the growing trend of antibiotic resistance has become one of the most burning issues worldwide as it incurs a higher rate of mortality and economic burden.

“We don’t have any national antimicrobial prescription policy. All classes of antibiotics are available in drugstores. Irrational use, suboptimal dose and poor adherence to medication are the primary reasons behind the increasing antimicrobial resistance in the country. Antibiotic-related topics are also not given emphasis for higher studies here,” he added.

According to experts, an Antimicrobial Resistance (AMR) is an inherent or acquired ability of bacteria or microorganism to develop resistance to drugs that scientists discovered and created to kill them.

“Antibiotic resistance is one of the biggest threats to global health, food security, and development. It leads to longer hospital stays, higher medical costs and increased mortality,” World Health Organisation (WHO) report said.

It said a growing number of infections – such as pneumonia, tuberculosis, gonorrhoea, and salmonellosis – are becoming harder to treat as the antibiotics used to treat them become less effective.

“The world urgently needs to change the way it prescribes and uses antibiotics. Even if new medicines are developed, without behaviour change, antibiotic resistance will remain a major threat,” it added. WHO observes World Antibiotic Awareness Week held every November since 2015 with the theme ‘Antibiotics: Handle with care’.

Dr Munirul Alam, a senior scientist working at Infectious Diseases Division (IDD) in International Centre for Diarrheal Disease Research (icddr,b), said antibiotic resistance has been a nightmare as there is no effective antibiotic left to treat the deadly infections in Bangladesh, and this was due to misuse of antibiotics in healthcare and agricultural sectors.

“The government should restrict the sale of antibiotics in all pharmacies without a physician’s prescription. Public awareness is very much important to reduce the misuse of antibiotic. The antibiotic drugs should be in fixed colour coated cover. The manufacture, prescription and use of antibiotic medicine should strictly adhere to WHO guidelines,” the scientist said.

Different studies reveal that developing countries like Bangladesh are more affected because of the overuse of antibiotics, widespread misuse of antibiotics, low quality drugs, malnutrition, use of non-human antibiotic, chronic and repeated infections and unaffordability of more effective drugs.

A report on antibiotic use and resistance in Bangladesh titled ‘Situation Analysis and Recommendations on Antibiotic Resistance’, said antibiotics are used clinically and misused either by oral, intravenous, intramuscular, intradermal or topical application by the patients.

It is estimated that more than half of antimicrobials are inappropriately prescribed, dispensed or sold in Bangladesh, the report added.

Talking to the daily sun, some doctors warned that a health catastrophe is in the making in Bangladesh because of the serious situation of antibiotic resistance.

Dr AKM Habibullah, ICU (Intensive Care Unit) physician of BSMMU hospital, said about 80 to 90 percent of the patients admitted to ICU here are found to have antibiotic resistant.

“Many patients are even resistant to all antibiotics available in Bangladesh and some are found sensitive to antibiotic Colistin Sulphate, the latest generation antibiotic in the world,” he added.

Sources from pharmacologists said there are about 2.3 lakh pharmacies and 4 lakh quacks in the country and they sell or prescribe antibiotics rampantly.

“If the rampant use of antibiotic continues, then the antibiotics will be ineffective for human body in future and during that time no new antibiotic may be available to treat the patients,” Dr ASM Alamgir, Principal Scientific Officer of Institute of Epidemiology, Disease Control and Research (IEDCR) told daily sun.

Prof SM Lutful Kabir, head of Department of Microbiology and Hygiene of Bangladesh Agricultural University, said there is no option but to stop this practice to avoid antibiotic resistance.

“The unnecessary use of antibiotic to animals should be stopped. Antibiotic must be used according to prescription of registered veterinary doctor. Otherwise, it may also affect human being.”

Doctors say as the antibiotic business is profitable, pharmaceutical companies are eager to produce and market more antibiotics, a reason responsible for the misuse of antibiotics as according to Drug Administration officials, the antibiotic was the second best-selling drug in Bangladesh.

According to a review on pharmaceutical industry business in Bangladesh by LankaBangla, the sale of antibiotic was Tk1,687.61 crore in 2018, the second most sold medicines after acidity drugs.