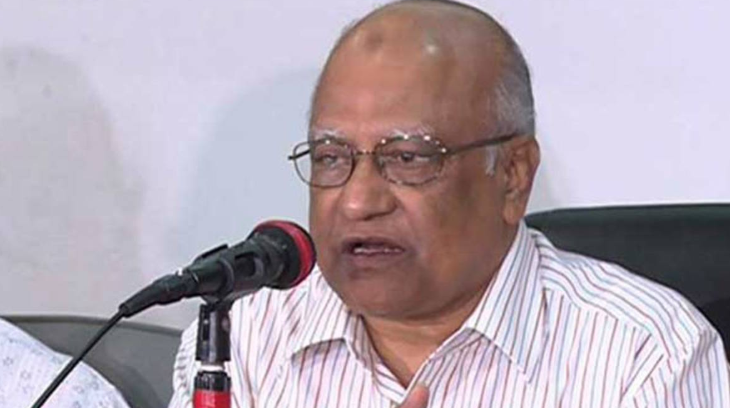 BNP senior leader Khandaker Mosharraf Hossain on Wednesday urged Prime Minister Sheikh Hasina not to accept any Indian proposal that may harm people and their interests during her visit to the neighbouring country.

“This is good that you’re going to India, but we want you not to agree to any proposal of India that may hamper the interests of Bangladesh and its people,” he said.

Mosharraf, a BNP standing committee member, also urged the Prime Minister not to do anything which may create any commotion in the subcontinent. “Don’t do anything for which the people of our country can be affected.”

He made the remarks while speaking at a human-chain programme arranged by Jatiyatabadi Textile Engineers Association of Bangladesh in front of the Jatiya Press Club, demanding the release of BNP chairperson Khaleda Zia.

Prime Minister Sheikh Hasina is scheduled to embark on a four-day visit to Delhi on Thursday at the invitation of her Indian counterpart Narendra Modi to attend the India Economic Summit of the World Economic Forum (WEF) as the chief guest on Friday.

Mosharraf said Sheikh Hasina admitted that her government has been carrying out the current drive against corruption, extortion and casinos to prevent the recurrence of the 11/11 episode. “We want to ask her why you have created a situation which is inviting the 1/11 like incident in the country. This government is responsible for the current situation and the spread of corruption in the country.”

Earlier at a press conference in New York on Sunday, Sheikh Hasina firmly said there is no chance of the recurrence of any 1/11-like incident in Bangladesh as her government is taking punitive actions against every sort of corruption mercilessly.

Mosharraf alleged that the government has so far arrested only some ‘small fry’ insisted of ‘big corrupts’ in the recent drive. “The wrongdoers could not indulge in such acts without the backing of the government and the administration.”

He alleged that the government is turning the country into a failed state by destroying its all institutions in a planned way.

The BNP leader said the financial institutions have been ruined during the rule of the current government through plundering while huge money has been siphoned off abroad by the ruling party men.

Under the circumstances, he urged the country’s people to get united to save the country, ‘restore’ democracy and free Khaleda Zia from jail.