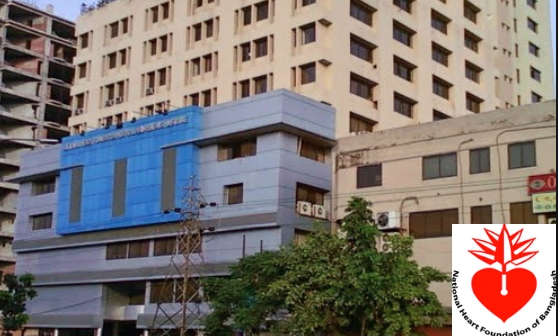 Construction works of National Heart Foundation (NHF) Hospital are progressing fast in the city at present aimed at ensuring improved treatment facilities to the patients’ sufferings from heart diseases.

Department of Social Services (DSS) has been constructing the specialised hospital on one bigha of land at Luxmipur area with an estimated cost of around Taka 48 crore on the public private partner (PPP) basis.

Sixty percent of the total cost will come from the government exchequer and the rest forty percent from the National Heart Foundation.

He said the hospital will have a cath lab and a cardiac operation theatre. Besides, there will an eight-bed Intensive Care Unit, a six-bed high dependency unit, a ten-bed Coronary Care Unit and a six-bed post-coronary care unit in addition to 53 general beds and 17 cabins.

He mentioned that the hospital is being set up here as part of the NHF’s countrywide hospital installation programm on PPP basis.

There is also a plan of transforming the hospital into a full-fledged cardiac hospital in phases, Dr Hossain added.

Upon successful completion of the project by June, 2021, 30 per cent people in the northern region will get free and low cost medical services.

He also said the government is sincere to deal with cardiovascular diseases.