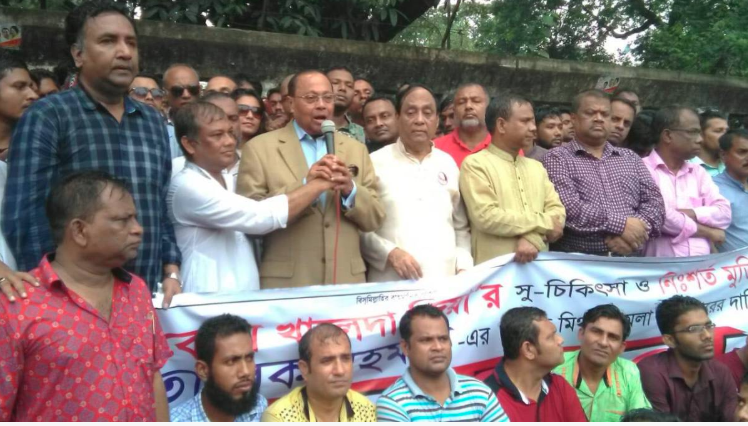 “Corruption has spread to every organ of the government. We want to see the wealth statements of all the ministers and MPs. The statements must be presented before people,” he said.

“If they don’t accept our demand, we’ll understand the allegation of corruption can be brought against all the ministers and MPs of the current parliament,” he said.

Justifying his demand, Moudud, a BNP standing committee member, said a recent global report said Bangladesh is the number one country where it is easy to become the rich very quickly.

“This means those who are indulging in gambling, casino business, and making imports in favour of the government through over-invoicing and earning black money are getting richer. The banking system has now collapsed. That’s why we’re making the demand (for submission of wealth statements),” he added.

The BNP leader said the current drive of the government against the casino business and wrongdoers will not be successful as long as the MPs and ruling party influential leaders who are behind the misdeeds are tracked down.

He also said the government will not be able to eliminate corruption as it has plunged into graft. “So, they should step down immediately and take steps for holding a credible election under a non-party neutral administration creating a scope for people to establish a true representative government.”