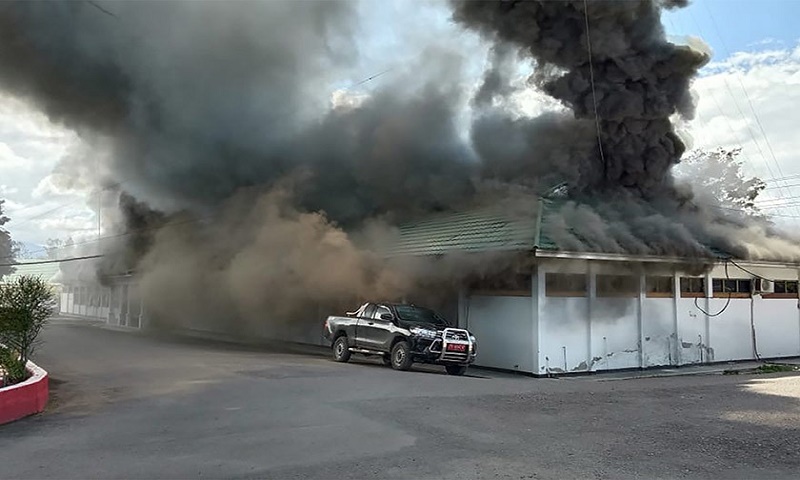 A new wave of violence has hit the restive Indonesian region of West Papua after hundreds of protesters, mostly high school students, set fire to several buildings in a town on Monday.

At least 23 people died in the regional capital Wamena, some of whom were trapped inside burning buildings, reports BBC.

The protests were reportedly triggered by a teacher's racist comments - an allegation the police called a "hoax".

It's the latest violence in the region, which saw weeks of unrest in August.

The number of killed is expected to rise as the search for victims continues on Tuesday.

Four people died in a separate incident in the provincial capital of Jayapura, bringing the death toll to 27.

The incident in Jayapura took place after a mob of students reportedly attacked a soldier and police officers with machetes and rocks.

The day of violence came after a period of relative calm in the region, which last month was rocked by mass demonstrations in response to claims of racism.

The previous protests stemmed from an incident where nationalist groups accused Papuan university students in Surabaya of damaging an Indonesian flag during Independence Day celebrations.

The groups had goaded the students, calling them "monkeys", "pigs" and "dogs".