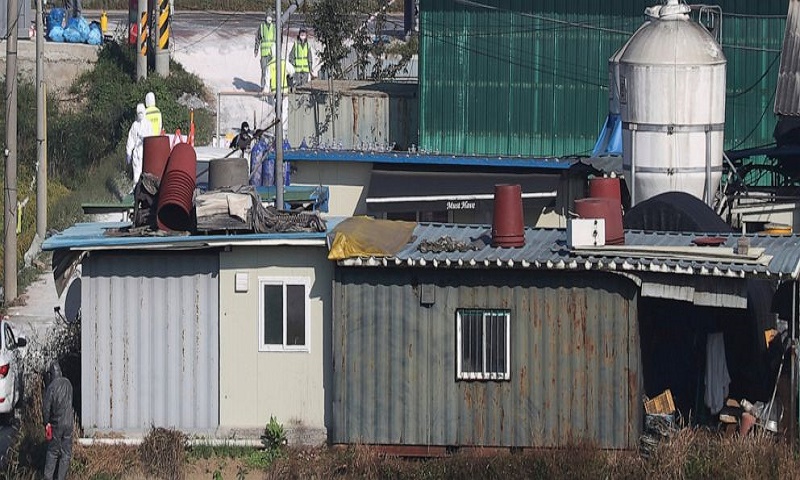 South Korea's African swine fever crisis intensified Tuesday with lab tests confirming the country's fourth case in a week from a farm near its border with North Korea, reports AP.

It raised fears officials are losing a battle to halt the spread of the disease that wiped out pig populations across Asia.

More than 15,000 pigs were culled after the country's first two outbreaks were confirmed last week from farms in the border towns of Paju and Yeoncheon, but officials have yet to identify the infection route. The disease may have crossed from North Korea, which reported an outbreak near its border with China in late May.

South Korea's Ministry of Agriculture, Food and Rural Affairs confirmed the country's fourth case at another farm in Paju, which raised some 2,300 pigs, after blood tests confirmed that the disease caused three miscarriages in the animals.

The ministry's announcement came hours after the country's third case was confirmed Monday night at a farm in Gimpo, which is on the southern side of the river that separates the border region and the metropolitan area surrounding Seoul, where about half of South Koreans live.

African swine fever is harmless to people, but spreading from farms to densely populated areas will make it harder to contain. The illness is highly contagious and fatal for pigs, with no known cure.