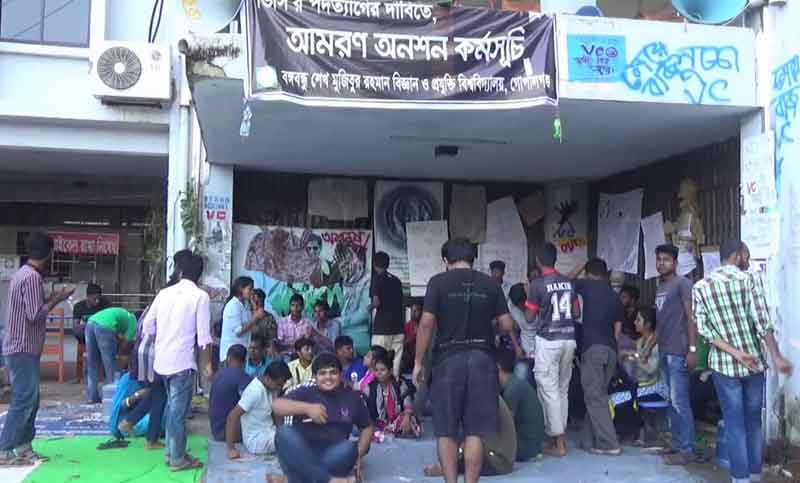 Earlier on Saturday, the authorities extended the Durga Puja vacation from September 22 till October 3 to fend off the movement. The students were ordered to leave halls within 10am.

Students alleged that there was no freedom of speech on the campus and that no-one could speak against irregularities of the VC.

BSMRSTU’s decision to suspended Fatema-tuz-Zinia, also the university correspondent of the Daily Sun, on September 10 for her ‘objectionable’ writings on Facebook triggered a student protest.

Her suspension order was revoked on Wednesday following widespread protests.