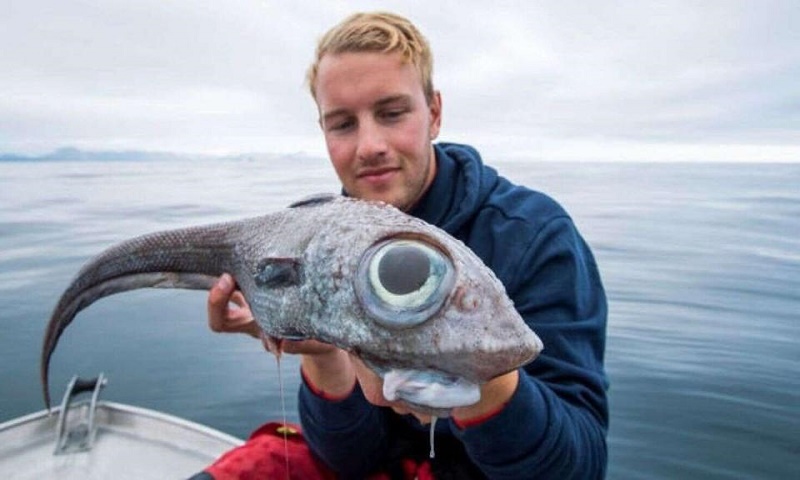 In what can be called a once-in-a-lifetime catch, a man reeled in a “dinosaur-like” fish and its image has now left many intrigued.

A fisherman, hailing from Norway, reportedly was shocked when he caught a fish that looked like it’s not from this world, reports Hindustan Times.

Oscar Lundahl nearly jumped out of his boat once he saw the creature he caught, reports The Sun.

It’s because the fish had enormous eyes which looked out of proportion when compared to its relatively smaller body.

Though Lundahl wasn’t sure about the type of the fish, his colleague identified it as a ratfish.

Turns out, this is a kind of fish which has been around for over 300 million years, reports Metro. Harmless to human, this kind mainly prefers sea snails and crabs. They prefer to stay in deep water and it’s believed due to that they develop large eyes that helps them to see in dark.

Interestingly, the ratfish has a Latin name - Chimaeras Monstrosa Linnaeus, reports Metro. The name is derived from a Greek mythological monster that had tail of a dragon and head of a lion.

The fish didn’t survive due to the change in pressure, reports Metro. Later, Lundahl consumed the fish. “Despite its ugly appearance it was really tasty. It is a bit like cod but tastier,” he informed.