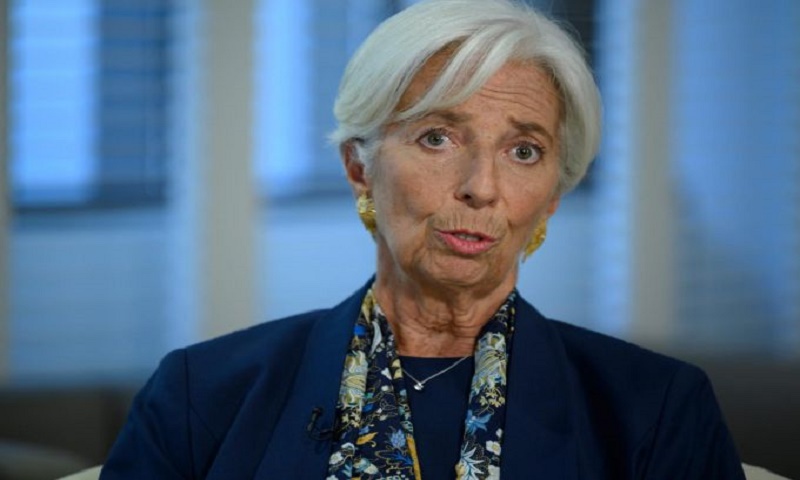 Accustomed to being the first woman in influential leadership positions and speaking frankly to men in power,

Christine Lagarde says manmade threats to the global economy can be “man-fixed.”

Lagarde only last week left her post as head of the International Monetary Fund after eight years, the first woman to serve in that role, and she is expected to put another “first” on her resume by the end of the year: first

woman to serve as president of the European Central Bank, reports AFP.

She sees a world economy where growth is “fragile” and “under threat” from trade frictions and Brexit, and perhaps an over-reliance on the efforts of central banks like the ECB.

But while she tried to urge action during her time at the IMF — she took over in 2011 in the aftermath of the global financial crisis — she said a central bank should “stick to its mandate,” which perhaps is a clue to how she will run the ECB.

She carefully avoided a commitment about how she would use her influence in the new post.

– Manmade problems can be ‘man-fixed’ –

In perfect English and always engaging and crisply professional, Lagarde sat down with AFP on Thursday to review her legacy at the Washington-based crisis lender, where she arrived after being the first woman finance minister of France.