What new JCD president, secretary say after being elected 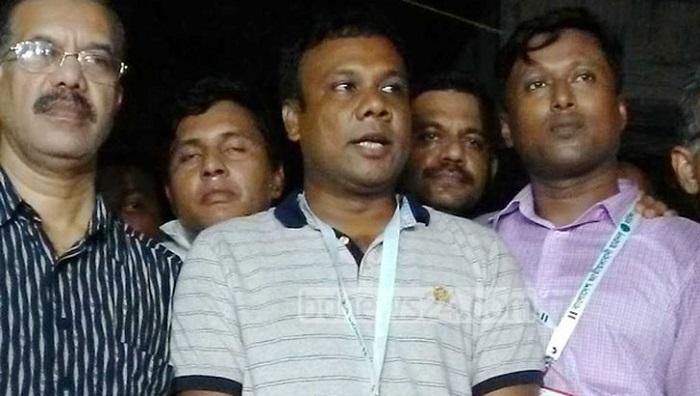 Expressing their gratitude to BNP Acting Chairman Tarique Rahman for holding a direct voting to elect JCD leadership, the new president and general secretary said they would try their best to release BNP chairperson Khaleda Zia from jail and restore democracy in the country.

It was the first time in 27 years that the JCD held direct voting to elect its leadership. Ruhul Kabir Rizvi and M Ilias Ali were elected president and general secretary respectively of JCD through the last direct voting in 1992.

Nine candidates vied for the post of president while 19 for that of general secretary.

Balloting began at the house of Mirza Abbas around 8:40pm on Wednesday and continued until 12:45am.

Out of 534 councilors of Chhatra Dal’s 117 units across the country, 481 cast their ballots.

BNP held the balloting to elect the president and general secretary of BNP’s student body through a democratic process overcoming various obstacles, the party sources said.

As the organisational guardian, Tarique Rahman was given the authority to amend the JCD charter, convene and adjourn council, conduct election to select leadership and take any political and organisational decision for the student body’s overhauling and its proper functioning in absence of BNP chairperson Khaleda Zia.