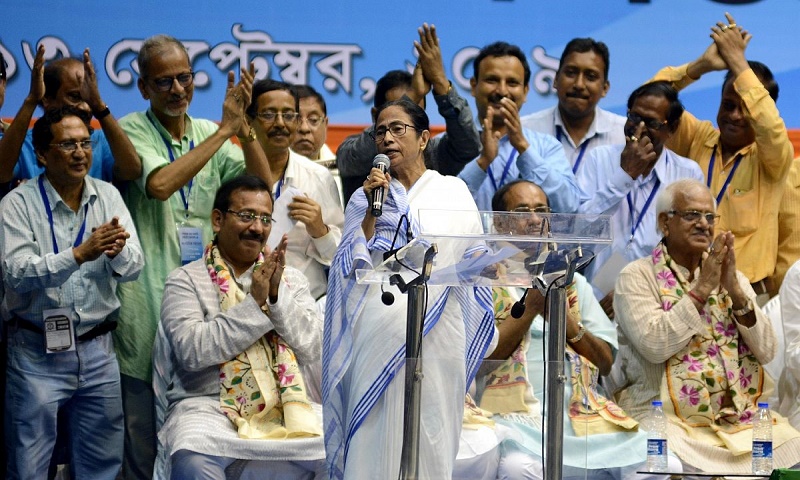 Mamata and Jashodaben greeted each other and the West Bengal Chief Minister reportedly gifted the PM’S wife a sari during the brief encounter.

Jashodaben, a retired school teacher, was leaving Kolkata after visiting the Kalyaneswari temple at Asansol of West Burdwan district, reports The Statesman.

Jashodaben, who was on a two-day trip to Dhanbad in Jharkhand, arrived at the famous temple at 12.45 pm on Monday and spent half an hour. After offering puja, she went around the temple for some time before leaving.

Meanwhile, Mamata is scheduled to meet PM Modi on Wednesday evening in New Delhi. She is expected to take up issues like funds for her state.