Bangladesh out to play aggressive brand of cricket 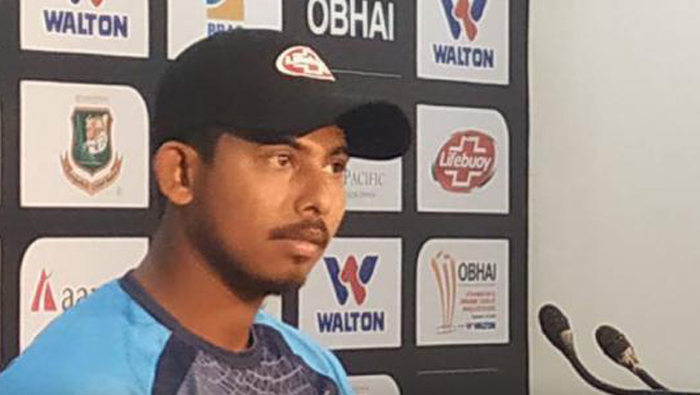 Bangladesh all-rounder Mosaddek Hossain Saikat said they won’t compromise with their aggressive brand of cricket despite being in a position of embarrassment.

The Tigers will take on Zimbabwe tomorrow (Wednesday) in their return-leg game of the Tri-nation T20 series in Chattogram with an aim to seal the spot in the final.

“Before the start of the tournament, I said it is imperative for us to win a game in the tournament. We have won the first game and lost the last game. So the next match is very important for us. We must win and we will play to win. We will play our aggressive cricket [to win],” Mosaddek said in Chattogram on Tuesday.

Bangladesh won their first match against Zimbabwe by three wickets after the Southern African nations gave them a massive scare. They then lost to Afghanistan by 25 runs, sparking widespread criticism for their performance.

As Zimbabwe lost their first two matches, a victory against Zimbabwe would help Bangladesh seal the final straightaway.

But despite being in an advantageous position, Bangladesh is not in a comfortable situation because of their mediocre performance in the tournament and a defeat to Afghanistan in the one-off Test match.

“Whenever we play any match, we play it to win. If we play the final of the Tri-nation series, we’ll play three matches. We don’t think that we have to win this particular match to confirm final rather we always think that we’ll get down to the field to win the match.”

Like captain Shakib Al Hasan, Mosaddek also admitted that the team is low in confidence at the moment.

“When most of the batsmen are in bad form, the confidence becomes low automatically. Despite being at low in confidence we lost the match to Afghanistan by just 25 runs. Our application was poor actually.”

As Shakib Al Hasan showed his reluctance to lead the side, the BCB mulls handing Mosaddek the captaincy. But Mosaddek said he doesn’t know anything in this regard and nobody is yet to talk to him about this.

“No one still talks to me in this regard. If such a proposal comes, I will discuss it definitely.”

He also said he is not thinking about captaincy right now rather he is thinking to contribute more in the team’s cause.

“This is completely up to the team management. I am not thinking about it. Right now, I am thinking of how to contribute more for the team.”