Khaleda Zia did nothing for Alems: Allama Shafi 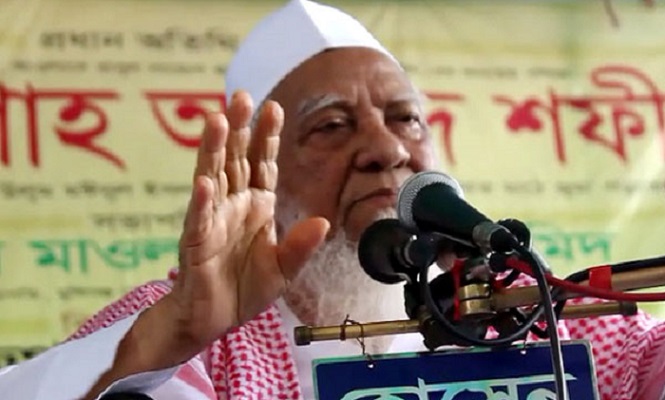 Shaykhul Islam Allama Shah Ahmed Shafi, Chairman of the Bangladesh Qawmi Madrasa Education Board, on Tuesday said that Khaleda Zia did not do anything for Alems and now she is sorry for that.

Allama Shafi came up with this observation while addressing an Islamic convention and award-giving ceremony held at Baradi Bazar Eidgah adjacent to Markaz mosque in Sonargaon upazila of Narayanganj district.

In his speech, Allama Shafi said, no one but Prime Minister Sheikh Hasina honoured Alems. She awarded us with the degree equivalent to MA.

Alems of the country had been seeking national recognition of their educational qualification. Before Sheikh Hasina did not pay heed to Alems’ demand.