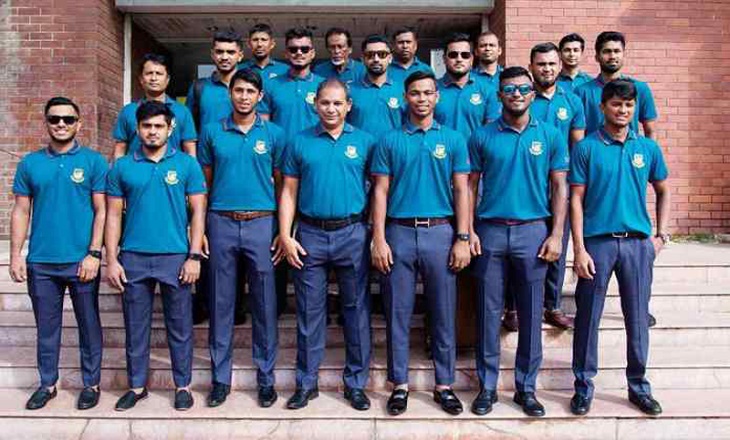 The Bangladesh emerging cricket team on Tuesday left Dhaka for a five-match one-day series against their Indian counterparts to be held at Raipur in India.

The series is set to begin on September 19 with all five fixtures set to be played in at Lucknow’s Ekana Cricket Stadium.

Priyam Garg was named as captain for the India U-23 side when the 15-member squad for this series was announced.

Bangladesh Under-23 team will play the Emerging Team Asia Cup at home in November following the series. After that, the team is scheduled to play a T20 series in Nepal.