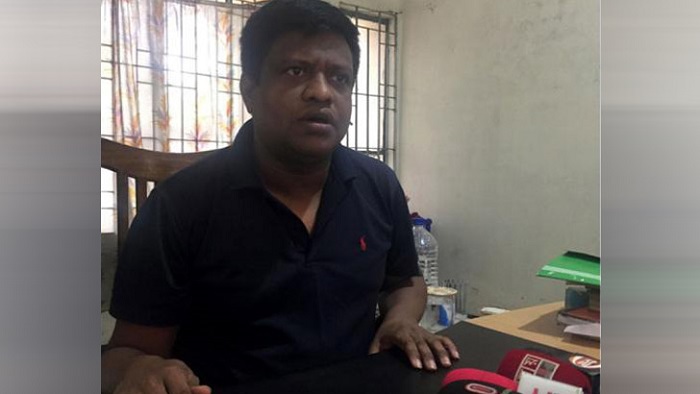 The government on Sunday suspended sub-registrar Subrata Kumar Das of Shahjadpur in Sirajganj over allegations of professional misconduct and graft and attached him to district registrar office.

“Decision has been taken to file divisional case against Subrata Kumar Das over allegations of misconduct and graft. As the allegations brought against the accused officer are serious, so it will not be proper to keep him in his office for the sake of thorough investigation,” a Law and Justice Division notification said.

Signed by Law and Justice Division Secretary Md Golam Sarwar, the notification further said during his suspension period, the sub registrar will get allowances accordingly.

Earlier, a video clip of the Shahzadpur Sub-registrar taking bribe in his office room went viral on social media platform Facebook and sparked mass criticism across the country.

The two-minute video shows that Subrata Kumar Das and his three other associates were taking bribes from a service seeker.