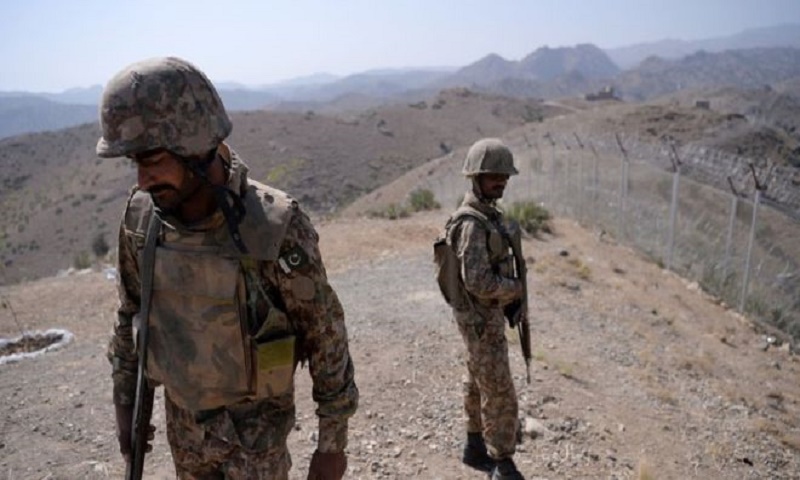 Pakistan says gunmen have killed four of its soldiers in two different attacks in the country's northwest near the Afghan border.

A military statement Saturday says troops building a fence along the border in the Dir area came under attack from across the border. The firing killed three soldiers and another was critically wounded, reports AP.

Pakistani troops building border fences have come under such attacks from across the border frequently.

North Waziristan has been a sanctuary for Islamic militants. The army claimed to have cleared the area in recent years, but militants have still launched occasional attacks.