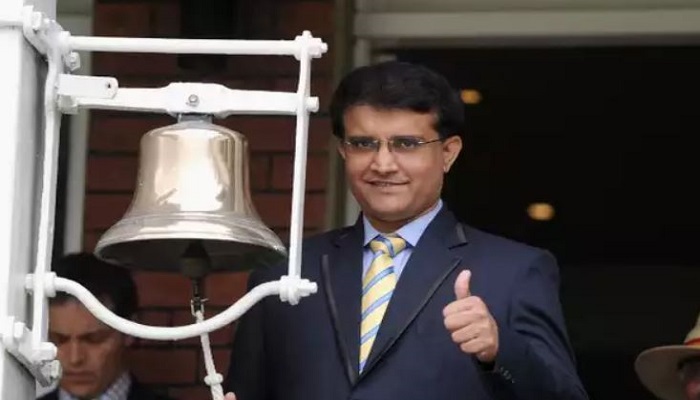 In two separate complaints filed by members of the public dated March 25, 2019 and April 4, 2019, Ganguly was alleged of occupying multiple roles - with the Cricket Advisory Committee, as an advisor with IPL side Delhi Capitals and as CAB President - amounting to conflict.

In the final order accessed by Cricbuzz, the Ombudsman has made it clear that Ganguly would have to relinquish two of the roles and not hold more than one of the aforementioned three positions. Ganguly was deemed to have breached Rule 38 (4) of the BCCI constitution, which states that a person cannot hold two positions at the same point.

"In the instant case, having regard to the aforenoted stand of Mr. Ganguly, viz (i) that if it is found by the Ethics Officer that his presence in the CAC (Cricket Advisory Committee) has resulted in a "conflict of interest" situation, as envisaged in Rule 38 of the Rules, his Reply in these Complaints may be treated as his resignation there from immediate effect and (ii) that his involvement with the IPL Franchise has come to an end in May 2019, I declare that in the present case the "Conflict of Interest" is tractable," the order stated.

"Although it is trite law that the ignorance of the law is no excuse and, Mr. Ganguly was obliged to disclose the requisite information as stipulated in Rule 38(2) of the Rules, but bearing in the mind the fact that the Rules have come into existence only after August 2018, I am inclined to give benefit of doubt to Mr. Ganguly that perhaps he may not have realised that his occupying the said three posts did involve 'Conflict of Interest'"

Ganguly filed a written response to the Ombudsman and then appeared in person along with legal counsel Biswanath Chatterjee. In his defence, Ganguly pointed out that his association with Delhi Capitals was in the nature of an informal engagement, where he was only sharing his cricketing experience with the players and not involved in governance, management or employment.

Ganguly's counsel also argued that unlike other standing committees of the BCCI, the Cricket Advisory Committee - a three-member panel originally constituted in 2015 to select India coaches - is not an ongoing functional committee that meets regularly. Buttressing his stance, Ganguly also pointed out that he had excused himself from the process of appointing the India Women's Coach.

The written submissions to the Ombudsman on behalf of the complainant, however, pointed out that Ganguly was pictured inspecting the pitch at Eden Gardens on April 12, 2019 ahead of the KKR-DC game along with the CAB curator while holding positions with Delhi IPL side as well as the Cricket Association of Bengal. It also pointed out that by virtue of stating that he would be available for future consultation, Ganguly had accepted that he was part of the CAC. His position as the CAB President was proven without doubt.

Eventually, the Ombudsman was left to make a call on if the conflict offence was tractable or intractable. In case of the latter, the Ethics Officer could have directed a suspension for Ganguly and/or any other monetary punishment. But bearing in mind that the new rules came into account only in August 2018, Ganguly was handed the benefit of doubt and asked to ensure he relinquishes two of his roles, which gave rise to the said "Conflict of Interest."