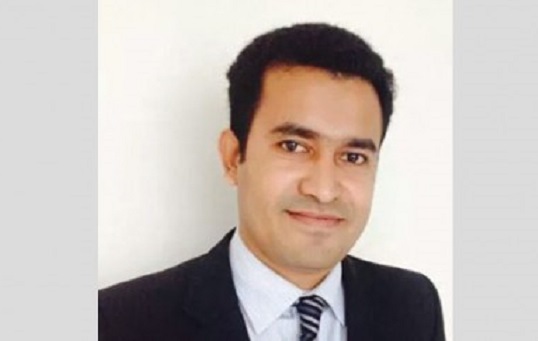 Judiciary is one of the vital and fundamental organs of the modern state. In governance system, judiciary always takes a basic role in establishing rule of law, accountability and assurance of responsibility in true sense in every state. Now Bangladesh is a developing country with immense prosperity in the world. The justice system of our country puts great pressure on courts and prisons, leaving a backlog of hundreds of thousands of cases, even as ordinary citizens remain wary of pursuing justice.

In 22 August, 2019, the National Justice Audit Report (NJAR) of 2016 was published and outlines some effective indications to develop in this sector in the presence of honourable Minister, Law, Justice and Parliamentary Affairs, Secretary, Ministry of Law & Justice, all Districts Judges and equivalent officers, all Chief Judicial Magistrates (CJM), all Chief Metropolitan Magistrates (CMM) and other stakeholders. The survey was conducted by the German Agency of GIZ with the help of Law and Justice Division.  It seeks to show how the criminal justice system is functioning based on data collected from citizens, court users, criminal justice institutions and actors across the country and by each of the 64 districts. It works for the decision makers, planners, practitioners and the general public to be able to come together to explore ways in which the criminal justice system can work better, the data need to be visualised, so that – at a glance – people can see what is actually happening.

The recently published report covers data from January 1 to December 31, 2016. According to the justice audit, 67 per cent people opined that they have faith on existing judicial system. According to the audit, only 13 per cent of people pursued formal justice methods in which 9 per cent goes to the courts whereas 4 per cent wants shelter to police, mostly due to the costs involved and the distance required to travel for getting easy, fair and cost effective justice. According to the report, in most cases it took two to five years to settle a case for which the people had to visit courts for 20 to 25 times. It took more than Tk 25,000 to settle a case, said the audit report. A stunning 58 per cent was in favour of going to the local UP chairman, and 19 per cent preferred local shalish. 6 per cent tries the matter in Village Court and the rest 4 per cent solves the disputes in their family arrangement.

It is pertinent that surveys found respondents saying they were frustrated with the justice system for three reasons: witness’ non-appearance, repeated adjournments and quality of police investigation. The other reasons include lack of adequate number of judges, lack of coordination among different government departments, and a section of lawyers’ unwillingness to settle a case within shot time. How the citizenry and police perceive crime is also drastically different. The audit found that of all the crimes experienced by survey respondents, quarrels or fights consisted 30.14 per cent, whereas police had not investigated a single instance. Another stark contrast is in drugs, which made up 34.1 per cent of all police investigations, but only 1.18 per cent citizen experiences were recorded.

The said report found that in 2016, the police had over Tk 10,200 crores as budget. In comparison, the budget for all judicial services was Tk 622 crores while the prison system had a Tk 226 crore budget. In 2016, the prisons had a capacity of 32,000 but 485,274 people were imprisoned. 60 per cent of the prisoners spent less than six months in prison, 30 per cent of all prisoners were charged with narcotics cases. Of the prisoners, only 19,000 were convicted, among whom 12,000 had sentences less than two years. Of the total magistrate cases, 54 per cent were pending. 62 per cent of total sessions court cases were also pending. Alarmingly, the Women and Children Repression Prevention Tribunal, which was set up to expedite relevant cases, had 77 per cent pending. Of the 23 per cent disposed cases, the conviction rate was near zero.

The honourable Minister of Law, Justice and Parliamentary affairs stated, “3.5 million cases are too high a number. If this swells into 6.2 million cases over the next decade, people will lose faith in the judicial system.” He also stated that “The delay in trial process not only triggers suffering to the justice seekers, it is also a failure of the Justice Department for which people can lose their faith in it, the result of which can be dangerous, such as street justice,”

In Bangladesh, against around 100 Judges of the Supreme Court about almost 0.39 million pending cases and against almost 1,600 District Court Judges almost 3.0 million cases are to be heard and disposed of. In essence, the present number of Judges in Bangladesh is quite disproportionate to such huge number of cases. Besides, the nature of civil disputes, particularly the cases relating to claims of title over or partition of the immovable property, are so complicated that the existing system does not even allow a Judge to take any shortcut approach on those matters. The figure of total cases pending in the subordinate judiciary from the year of 2012, 2013 & 2014 was 2,132,046, 2,454,360 and 3,007,860 respectively. The Law Commission of Bangladesh described in a research article in 2015 on backlog of cases in the court and recommended that there should be appointed more 3,000 Judges to reduce backlog of cases in the court.

In 2007, the historic separation of Judiciary was ensured by the mandate of the Masder Hossain Case. Now the magistracy has been run by the Judicial Officers in the Subordinate Courts. The Judicial Magistrates perform their duties with great efforts having different problems. At the time of staring of separation of Magistracy, there were almost 6 lakh cases in the courts and the approved posts of magistrates were 655. Till March, 2019 in all CJM and CMM courts, there were 916,729 cases. The approved posts of Magistrates are now 686. Only 31 posts have been increased in the period of 2007 till today. In this time, 3 lakh cases are extra backlog in the magistrate courts whereas the creation of posts is poor. By the analysis of data, from 2007 to 2017 in 10 years, the filing of the cases was 8,385,992 and disposal of cases was 7,852,193. The average disposal rate in the magistrate courts, according to Supreme Court, is 93.63 per cent. To be mentioned, the disposal rate in the magistrate courts in the year of 2015, 2016 and 2017 was 109 per cent, 106 per cent, 102 per cent respectively. From the foregoing information, it is clear that the Judicial magistrates perform well and ensure speedy trial despite they have different types of problems. It is pertinent that the present government has taken some initiatives to reduce backlog and problems such as introducing e-judiciary, enhancement of capacity and proposed creation of courts and posts.

In this connection, proper initiatives should be taken to reform the basic law of the procedural and substantive laws for a speedy and effective judicial system. The post of judicial officers should be enhanced with the demand of justice in the country in comparing with other south Asian countries as well as developed countries. The accommodation and sufficient facilities with ejlash should be implemented with high promise of justice. Large number of staff should be recruited and the organogram of the existing staff capacity of the judiciary considering other offices and load of work in the court should be revised. In civil court, the Assistant Judge and Senior Assistant Judge should be provided the steno and typist for proper assistance and it can be very much helpful to dispose almost double disposal than the present time.

“Justice delayed is Justice denied” is the real proposition of justice system around the world. Fair and speedy trial is the fundamental rights of human beings. The national justice audit shows us the existing barriers and people’s aspiration for justice. It’s expected that the present government will take such necessary initiatives to establish justice and rule of law.

Writer is a member of Bangladesh Judicial Service and currently working as Senior Judicial Magistrate of Feni.