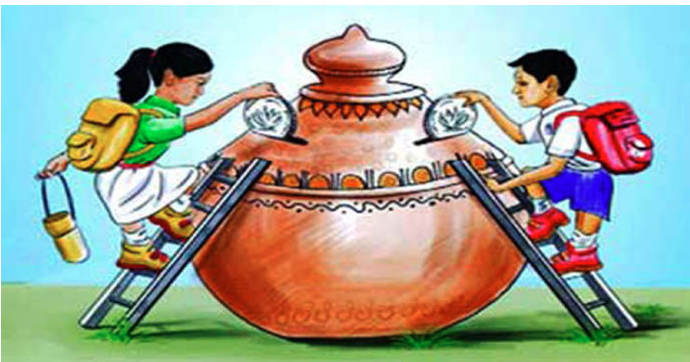 School banking is gradually getting huge responses from the students across the country as deposits with the banking accounts was around Taka 1,494 crore at the end of June 2019.

The central bank’s latest quarterly report on financial inclusion shows that a total of Taka 1,494.40 crore was deposited with 19,96,030 school banking accounts at 55 scheduled banks as of June 30 this year.

“Bangladesh Bank launched the programme in November 2010 for school students to help them save up for the future, learn financial literacy at an early age and build the habit of saving,” a BB official told the news agency.

Dutch-Bangla Bank, Eastern Bank, Dhaka Bank, United Commercial Bank and Islami Bank Bangladesh are the five banks that pulled most of the deposits from the students.

Islami Bank opened 3,69,623 accounts, which is 18.52 percent of the total accounts, while Dutch-Bangla Bank ranked first by collecting deposits of Taka 465.88 crore with school banking accounts.

“As per an instruction of the central bank, Islami Bank introduced school banking so that the future generation can gain knowledge on the financial system,” said Islami Bank Deputy Managing Director Abu Reza Mohd Yeahia.