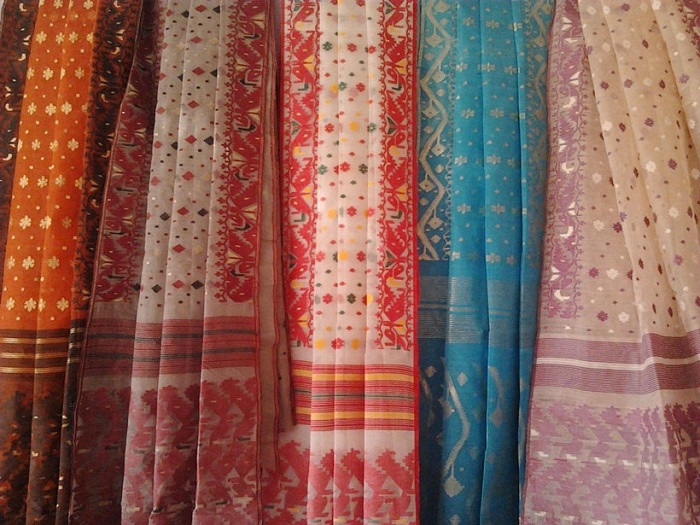 A daylong fair on Jamdani, Muslin and other handloom sarees, an embodiment of the pride of Bangladesh, has delighted a large number of saree lovers, creating soothing effects on them to make them ponder over the revival of these rare wears.

The creations of Mantasha Ahmed and Nasreen Jahan, the owners of two popular fashion houses in Dhaka, the spectacular display was organized by the Association Fashion Designers of Bangladesh (ATDB) and the Bangladesh High Commission (BDHC) Spouses Club in New Delhi.

For the Delhi lovers of Bangladeshi Jamdani -bright, colourful and full of motifs- the exhibits had in its display some of the master piece of weavers.

In 2013, UNESCO declared the traditional art of weaving Jamdani as an Intangible Cultural Heritage of Humanity and in 2016 Bangladesh received the GI status of Jamadani sari.

The fair was the second such initiative by the organizers in two years.