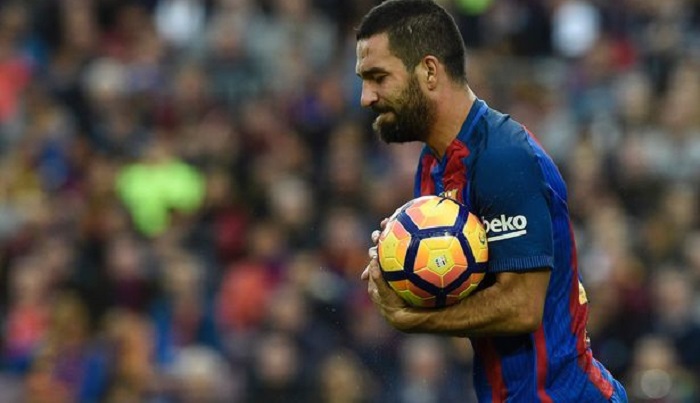 Turan was involved in a fight with Turkish singer Berkay Sahin in an Istanbul nightclub late last year, leaving the singer with a broken nose

Arda Turan was sentenced to two years and eight months in jail for firing a gun to cause fear and panic, illegal possession of weapons and intentional injury.

However, the court deferred the verdict, which means the Barcelona midfielder will not go to prison unless he commits a crime in the next five years.

Barcelona midfielder Turan, currently on loan with Turkish club Basaksehir, was involved in a fight with Turkish singer Berkay Sahin in an Istanbul nightclub late last year, leaving the singer with a broken nose.

The footballer was alleged to have attacked the pop star in a fight over the singer's wife. Turan later arrived at the hospital with a gun which he fired at the ground, causing panic.

Turkish TV station published footage showing the aftermath of the incident outside a nightclub.

In the video, Turan is seen coming out of the club as the melee continues outside.

The footage also shows Turan entering the hospital and in discussions with someone, before throwing an object down on the table.

Turkish newspaper Haberturk reported that the the pair clashed after Turan made provocative remarks to the singer's wife, Ozlem Ada Sahin.