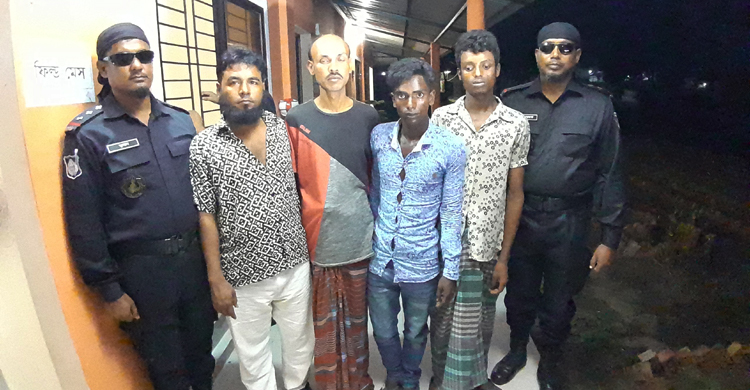 Confirming the news, company commander Lt. Commander Abdullah Al Mamun of RAB-1 in Gazipur camp, said acting on a tip-off, a team of law enforcers conducted a raid at the area and arrested them.