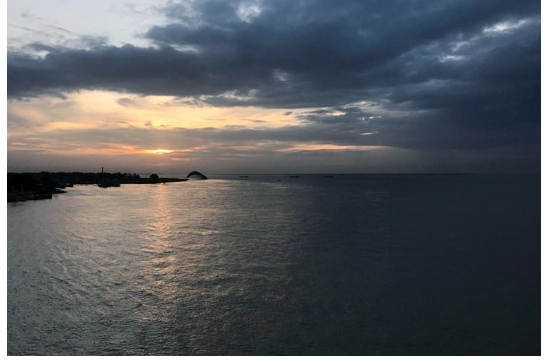 A total of 23 entries have been accepted for the newly introduced “Bangabandhu Nadi Padak”, which will be awarded to the organisations and individuals for their outstanding contribution to protecting rivers.

He said if eligible entities are not found, the authorities concerned may minimise the number of awardees.

State Minister for Shipping Khalid Mahmud Chowdhury and senior officials of the ministry were present at the meeting of the National Nomination Committee of the Bangabandhu Nadi Padak at the Secretariat with Shipping Secretary Abdus Samad in the chair.

Speaking at the meeting, Khalid said the present government, led by Prime Minister Sheikh Hasina, is working sincerely to save the country’s all rivers and creating awareness among local people so that they come forward to protect rivers.

Bangabandhu Nadi Padak will accelerate the river saving works of the government, he said.

The government will award the ‘Bangabandhu Nadi Padak’ to encourage people and organisations to come forward to save the country’s rivers.

Any person or organisation or institution can be given this award for their visible contribution to saving rivers.

Many of the country’s rivers are dying because of pollution and sedimentation while many are being encroached illegally.

The award may be distributed during the World Rivers Day in September or at a time set by the prime minister.