US hiker falls 500 feet from cliff in US National Park 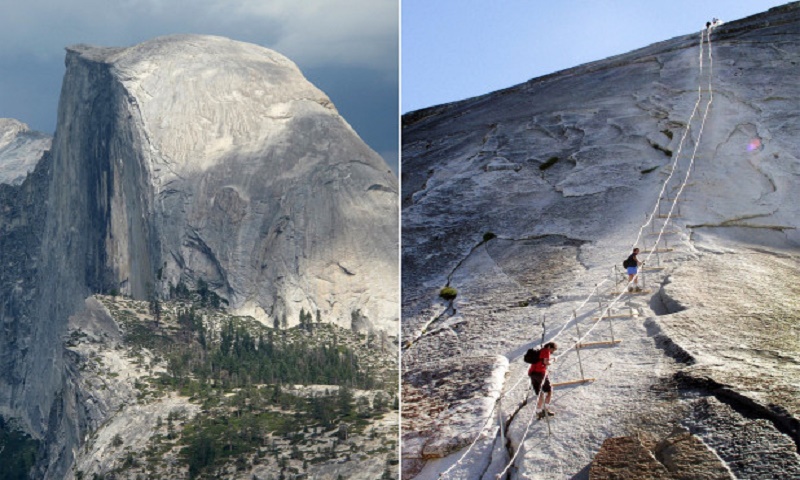 The iconic Half Dome in Yosemite National Park has loomed large in the national imagination since American settlers began exploring the park in the middle of the 19th-century. Every year, thousands of hikers seek to summit the 4,800-foot, crescent-shaped granite formation that offers one of the most spectacular panoramic views in the country.

But Half Dome can be deadly.

On Thursday morning, an Arizona woman died after falling 500 feet down steep, rocky terrain on a segment of Half Dome that requires hikers to cling to cables for stability, according to Yosemite spokesman Scott Gediman. The woman was identified as 29-year old Danielle Burnett of Lake Havasu City, Arizona, The Washington Post.

Burnett was dead when emergency officials found her, Gediman said, and park officials are investigating the accident.

The popular hike, considered the "most iconic attraction in all of Yosemite Valley" according to the park's website, requires a lottery-distributed permit to climb to the top. But despite its massive appeal, it requires experience to successfully summit.

Burnett is not the first climber to suffer a fatal accident on Half Dome, or in Yosemite. Another climber slipped and fell to his death on the Half Dome cables in May 2018 when a thunderstorm created treacherous conditions.