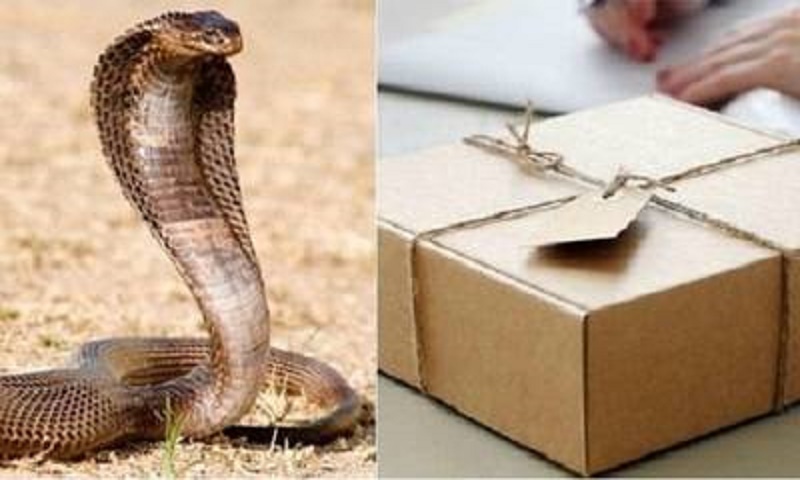 You may have heard or read about many stories in which soaps turn up instead of phones in online delivery parcels. What this man in Odisha encountered was far worse. The man found a live cobra inside a parcel sent to him via a courier service. A video of the snake has made its way online - and chances are it’ll leave you worried about the next parcel you receive at home.

Mrityu Kumar, a resident of ward number 5 Rairangpur in Mayurbhanj, had reportedly placed an order for some groceries from Vijayawada. He was meant to receive the package in a sealed box through a courier service. Only, what he received was far from what he had ordered, reports Hindustan Times.

According to reports, a rat managed to enter the box to make a meal out of the grocery items. Strangely, the snake entered the box through the same hole.

Kumar, unaware about the contents of the package when he received it, opened it to find the scary cobra inside. He immediately called the snake rescue team of the forest department to help him.

The video has prompted quite a few reactions on Twitter.

“It must be a ‘sarp-rise’ for that guy,” jokes a Twitter user. “Just get a ladder and start playing, human,” comments another.

The 5.5-feet-long cobra was eventually rescued and released in a forest close by.