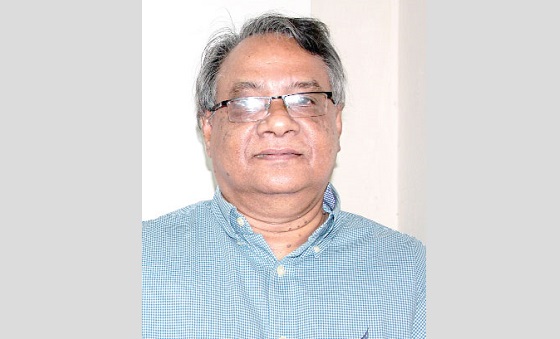 Professor Muzaffar Ahmed, president of the National Awami Party (NAP), died on Friday, at the age of 97. He belonged to the league of those rare politicians who never deviated from principles, ethics and morality. He was the last survivor of the six advisors to the wartime government in 1971. Professor Muzaffar was also one of the leading organisers of the Bangladeshi Liberation War. He played a key role in forming a special guerrilla force with members of NAP, Communist Party and other left-leaning student organisations which fought against the Pakistani occupation forces in many parts of the country. As part of building world opinion for the independence of Bangladesh, he also went to the United Nations as a member of the delegation formed by the wartime government.

After the Liberation War, a 3-party alliance was formed in 1973 with the Awami League, NAP (Muzaffar’s party) and the Communist Party as its components. He was also offered a cabinet position after the nation’s independence in 1971, but he declined. However, in later years, his party lost prominence and popular support that it used to enjoy in the days gone by. But Professor Muzaffar Ahmed remained unmoved and held his principled position during the turmoil that ensued after the killings of Bangabandhu and the four leaders in 1975. Then, the political centre stage was occupied by ‘opportunist’ politicians only guided by their self-interest at the behest of the unconstitutional military rulers - Generals Zia and Ershad. Politicians like Professor Muzaffar were sidelined by the regimes and the new brand of opportunist politicians.

However, after many years, the government headed by the Awami League nominated the NAP chief for the highest civilian honour, Swadhinata Padak or Independence Award in 2015, but he refused to accept it. Speaking to a newspaper after refusing the Independence Award, he said that his politics was never about such recognition as being a cabinet minister or recipient of an award. He said, “Politics is about serving the country and its people.” He further mentioned, “Patriotism and humanitarianism were all that encouraged me to join politics, not the lure of any award or recognition." He also said, "Those who truly fought in the Liberation War did not expect anything in return.” Here, it needs to be mentioned that before joining full-time politics, he taught Economics at Chittagong Government College, Dhaka College, and later at the University of Dhaka.

In Bangladesh, we see the ‘joy joyakar’ of the politicians devoid of moral values and ethics. It is also interesting to note that there are a number of politicians who served under different governments headed by different political parties. This brand of politicians has always been interested to serve their masters rather than the people whom they falsely claimed to represent. They changed party after party to grab ministerial berths and other opportunities dished out by unconstitutional regimes. In exchange, these ‘Dal Bodoler’ politicians provided much needed support and assistance for gaining legitimacy of the illegitimate regimes.

This culture of opportunism started in Bangladesh after the assassination of Bangabandhu in 1975. The unfortunate fact is that many Awami League leaders including some who were close to Bangabandhu joined the gang of political opportunists. The four national leaders were imprisoned and were later killed inside Dhaka Central Jail at the order of Khandoker Mushtaq in November, 1975. Here, it must be mentioned that at this dark hour of our national life, Awami League MP from Kashba, then Comilla, Advocate Serajul Huq challenged Khandokar Mushtaq in his bid to become Parliamentary leader of the Awami League at a meeting convened by the latter at Bangabhaban in the presence of the military coup leaders. In the process, ultimately, Khandoker Mushtaq’s evil design was foiled.

However, the leaders of other political parties including left-leaning ones jumped on and grabbed the opportunities to become part of the state machinery. Some of them need to be mentioned were, Mashiur Rahman Jadu Miah (NAP, Bhashani), Ataur Rahman Khan – a former Chief Minister of East Bengal, Kazi Zafar Ahmed, Sirajul Hossain Khan and Abdul Mannan Bhuiyan of United Peoples Party (UPP). Some professionals and a section of the intelligentsia also became ministers under illegitimate military rulers. Notable among them were, Professor Muzaffar Ahmed, Saifur Rahman (Chartered accountant) (later BNP’s Finance Minister for many years), AQM Badrudduza Chowdhury (in later years became President of Bangladesh) and journalist Enayetullah Khan. The leaders of religion-based political parties including alleged war criminals became the ultimate beneficiaries and rehabilitated themselves and their parties in the political arena of Bangladesh.

However, other Awami League leaders and grassroots workers and activists remained loyal to the party and suffered extreme repressions under the successive illegitimate governments. Here, it may be mentioned that the current honourable President of Bangladesh, Abdul Hamid, also languished in jail for many years due to political vengeance of the regimes. Many of them also tried to organise armed resistances in different parts of the country protesting the killings of Bangabandhu, his family members, and the national leaders. But it should be mentioned here that many politicians belonging to political parties other than the Awami League did not side with the military regimes and remained aloof of the thus emerged political culture of opportunism. Notable among them were Professor Muzaffar Ahmed of NAP as already mentioned, Moni Singh and Comrade Farhad of the Communist Party of Bangladesh.

These names are in fact our light houses in the defining moments of our national life upholding the spirit of political integrity, ethics and moral values. They had differences in political ideology with others but with respect to firmness in pursuing true ideals of politicians they never fumbled or failed. For character building and inculcating the true spirit of the Liberation War and its significance among the people, especially the younger generations, the lives, works and achievements of these political leaders are to be widely known.

The different sources of information are acknowledged with gratitude.