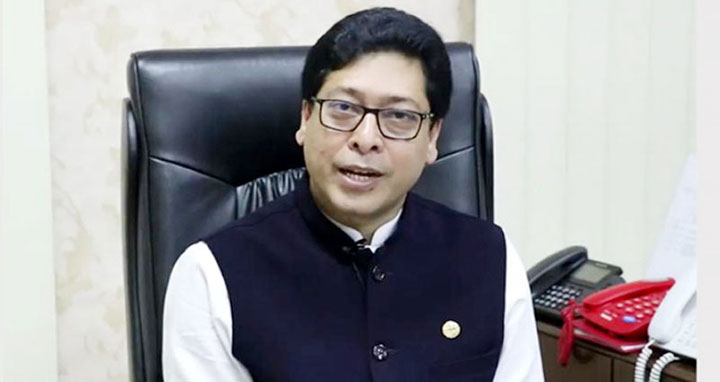 Terming the video scandal of Jamalpur deputy commissioner Ahmed Kabir as unwanted and unexpected, State Minister for Public Administration Farhad Hossain said that they have taken quick action against the official after primary investigation.

The junior minister said, “As soon as we received allegation against him, we investigated it and took action.”

In reply to a question of a reporter, Farhad made the remarks at his secretariat office in the capital on Sunday.

Farhad Hossain said, “Jamalpur DC will be given exemplary punishment as per the government service rule if he found involved in the incident. We will form a committee and decision will be taken against him after getting report from them.”

Earlier, Jamalpur DC Ahmed Kabir was withdrawn and made officer on special duty (OSD) over the leakage of a surveillance camera footage showing him in a compromising position with a female office assistant.