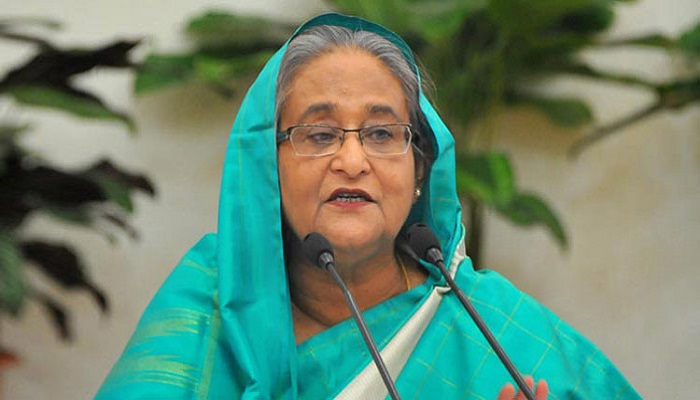 Prime Minister Sheikh Hasina on Sunday asked the authorities concerned to be mindful so that the people who have gone abroad to attract good luck do not end up being cheated by middlemen.

“We’ve to give a special attention so that no one is cheated by middlemen. We’ve the responsibility to look after their security and welfare because they’re our citizens,” she said.

The Prime Minister was delivering her introductory speech at the first meeting of the National Steering Committee on Migration held at her office.

She also emphasised creating skilled manpower before sending them abroad.

"In Bangladesh, we still have the youth, which is a big power for us. We’ve to make them skilled through provide them training. We’ll not send labourers only, we'll send skilled workforce,” she said.

Regarding the sending of female workforce abroad, Sheikh Hasina said female workers are going to many countries.

“But are these female workers capable of handling these kinds of works? We’ve to take care of this as well," she said.

Hasina  also said if anyone goes abroad without receiving training that person would not able to perform the work.

“So, they'll ultimately face oppression. We’ve taken various initiatives to stop this, but people fall prey to middlemen,” she said.

The Prime Minister emphasised raising public awareness so that people are never cheated by middlemen. Middlemen often lure the innocent rural people, she pointed out.

“They take a hefty amount of money from people and send them abroad. After that they put pressure on their relatives for more money. This sort of irregularity is a common phenomenon in the country,” she said.

Ministers, secretaries and other officials concerned were present at the meeting.