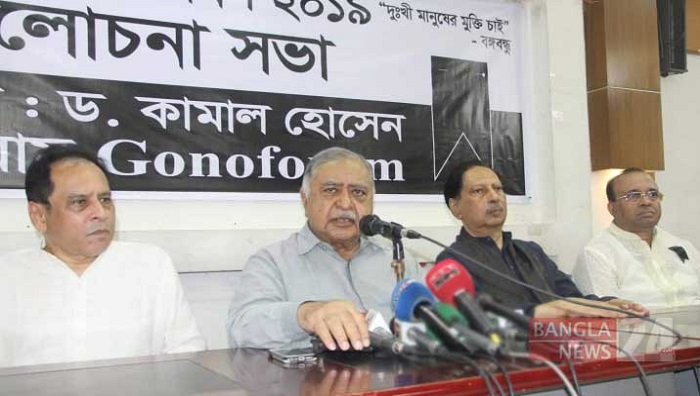 “Bangabandhu had scarified his life for the sake of democracy, not for autocracy. His sole aim was to establish democracy in the country. It is Bangabandhu, who has made the people owners of the country,” he said.

He came up with the remarks while addressing a discussion marking the National Mourning Day at Jatiya Press club in the city.

He said that Bangabandhu used to say people are the owner of the country. So, he managed to include this ideal in our constitution.

“Bangabandhu is the father of the nation rather than anyone. He is not a property of any certain party. Now, misdeeds are being done by hanging Bangabandhu’s portrait. The ideals, that Bangabandhu left for us, is not being followed,” he said.