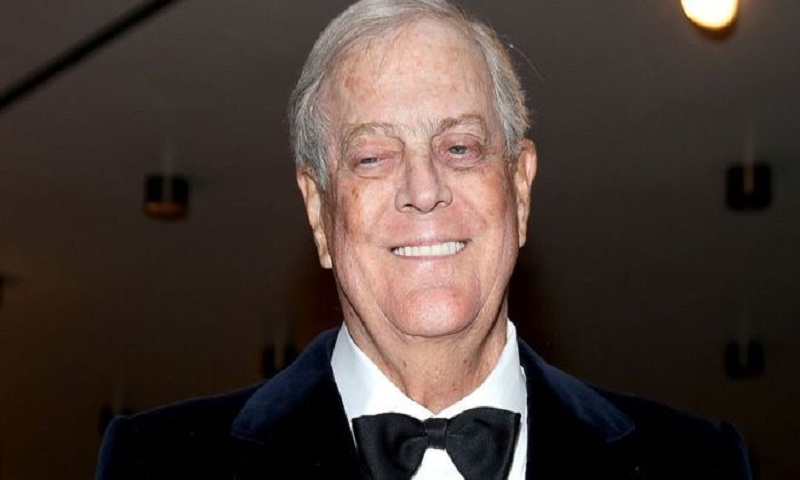 Billionaire David Koch, a major donor to the Republican party, has died aged 79. He had been suffering from cancer.

The former majority owner of Koch Industries was ranked by Forbes, jointly with brother Charles, as the 11th richest person in the world, reports BBC.

He was also a major donor to medical research, education and the arts.

The brothers' political network funnelled hundreds of millions of dollars to Republican candidate Mitt Romney's failed presidential bid in 2016, only to fall out with President Donald Trump over his immigration policy and tariffs.

He had been a philanthropist to the arts, especially ballet, and donated to New York's Lincoln Center and Memorial Sloan Kettering Cancer Center hospital.

He ran for vice-president as a Libertarian in 1980, calling for the abolishment of many federal government agencies.

The company founded by Charles and David Koch - the second largest privately owned business in the US - has interests ranging from pipelines to paper towels.

According to the Koch Industries website, they have more than 120,000 employees between all their businesses and subsidiaries.