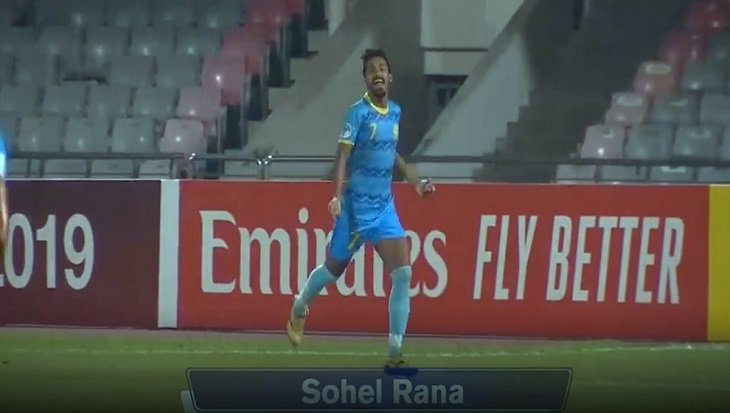 Asian Football Confederation (AFC) on Friday announced Dhaka Abahani Limited midfielder Sohel Rana as the winner of this week’s AFC Cup 2019 Goal of the Week after a public vote on its official website.

In the 33rd minute, Sohel Rana helped Dhaka Abahani to break the deadlock scoring first goal of the match by his left-footed long range shot from outside of the box, utilising a pass of Mohammad Nabib Newaz Ziban.

The popular Dhanmomdi-outfit and the Bangladesh champions, Abahani Limited, repeated the feat after 31 years after another Bangladesh team Dhaka Mohammedan SC beat April 25 SC by 1-0 goal in the first leg match of the Asian Club Championship in 1988-89 season.

To confirm their spot in the inter-zonal playoff finals for the first time, Abahani Ltd need a draw against April 25 SC in their away match on August 28 at the Kim-ll-Sung Stadium in Pyongyang, North Korea.