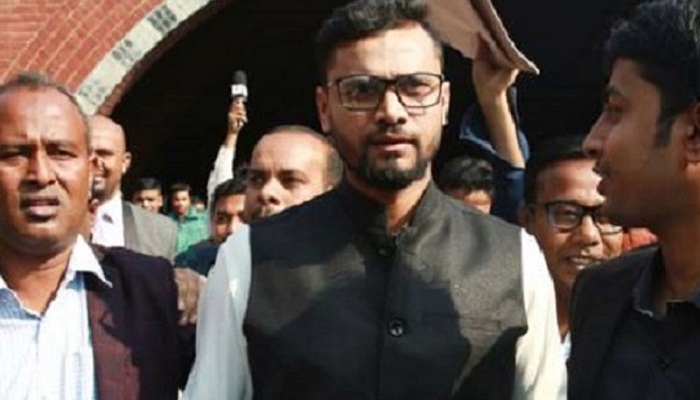 Three lawmakers of the current parliament, including Mashrafe didn’t attend the budget session that lasted for 21 consecutive sitting days, according to a notice issued by the Jatiya Sangsad secretariat.

The Jatiya Sangsad went into its budget session on June 11 and it continued till July 11. There were some 21 sitting days in the session.

The names of the other duo are Simin Hossain Rimi from Gazipur-4 constituency and late JP chairman HM Ershad, who also missed the budget session.

Mashrafe Bin Mortaza missed the session as he attended the ICC World Cup 2019 mission while Simin Hossain and HM Ershad were absent from the session due to their health problems.

Of them, former president Ershad, also a military strongman and five-time MP, died at the age of 89, while undergoing treatment at the Combined Military Hospital (CMH) in Dhaka on July 14.

Deputy Speaker Md Fazle Rabbi Mia told a correspondent from Bangla online news portal, “Mashrafe Bin Mortaza is our national hero. He has enlightened the image of Bangladesh in the whole world. I have contacted him why he remained absent in the parliament session.”

“As the ICC Cricket World Cup was going on, Mashrafe was staying abroad due to the sporting event,” he added.