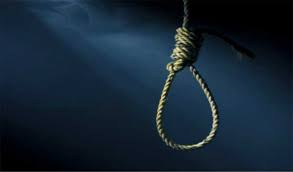 Police recovered the hanging body of a youth from Khagkanda union at Nayanbad village of Araihazar upazila in Narayanganj on Thursday morning.

The deceased was identified as Manjur Hossain, 30, son of Resmat Ali, of the upazila.

Quoting locals police said that Manjur was found hanging from the mango tree beside his house.

Confirming the news Nazrul Islam, officer-in-charge (OC) of Araihazar Police Station, said the police have recovered the body and sent it to Narayanganj Sadar Hospital morgue for an autopsy.

It is still unclear whether the youth was killed or he committed suicide. Police have already started investigation in this regard, the OC said.