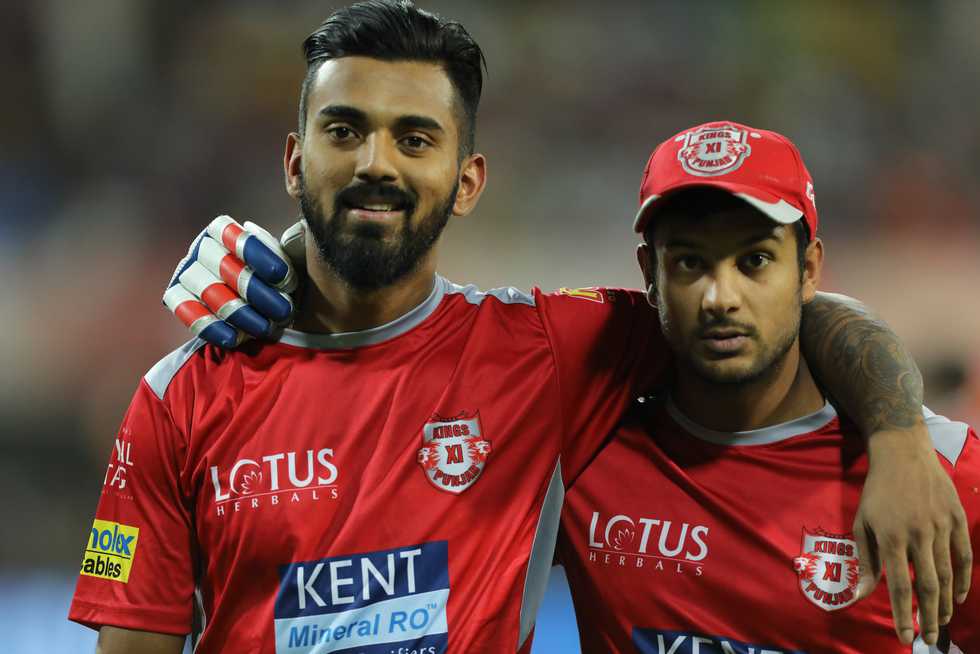 A rather understated phase of India's maiden series win in Australia in 2018, one which perhaps tilted the series on its head, came at the Melbourne Cricket Ground in the third Test.

India, sporting a new opening combination of debutant Mayank Agarwal and a promoted middle-order batsman Hanuma Vihari, had waded through seven overs of Mitchell Starc and Josh Hazlewood when Tim Paine went to his go-to bowler in the series, Nathan Lyon.

With 16 wickets in the series including a Player of the Match performance at Perth in the second Test, it is safe to say that Lyon had India in a spin in the series. The off-spinner bowled four balls at Vihari before Agarwal got on strike.

The first ball to the debutant was floated up around off-stump but contrary to the 743 balls Lyon had bowled before in the series, this one was met with a phlegmatic front foot stride and a strong cover drive against the turn. The ball was stopped at cover with a dive.

Unperturbed, Lyon landed the ball around the same spot again. Agarwal adjusted his drive and drilled it along the ground through sweeper cover for a boundary. Next over, Lyon changed his angle, going around the wicket. Playing his first Test innings, Agarwal had got Australia's best-ever off-spinner to opt for a defensive ploy on home soil for the first time in many years.

Lyon would take just one wicket in the entire Test match as India took a lead in the series with a 137-run win. Agarwal, meanwhile, justified his call-up with 76 and 42 in the two innings.

"Sanjay Sir [Sanjay Bangar - India's batting coach] and some of the batsmen including me had a long chat about how we were going to play Nathan Lyon. He was obviously bowling pretty well and it was only right to give him due respect, but at the same time, we were clear that we had to play the ball and not the bowler. In the end, it worked out well," Agarwal tells Cricbuzz.

After being on the cusp of Test selection for months post slamming 1000 runs in a single month, including a triple hundred in the Ranji Trophy, Agarwal's opportunity finally arrived in the most challenging Test frontier for India over the years after Prithvi Shaw was ruled out of the series following an injury. It perhaps seemed like he was thrown into the deep end in the Boxing Day Test at Melbourne but with strong backing from the management, he rode the initial nerves to make the opportunity count.

"I reached Melbourne late and the preparations were already in full swing for the Boxing Day Test. Ravi Sir [Shastri] told me that I would be opening in the third Test. I was mentally prepared for it but it was good to know quite early that I would be playing."

Agarwal had no idea he would be walking out with Vihari, though, until the day of the Test. But having played alongside Vihari for India A and Rest of India, the Karnataka opener was comfortable with his new opening partner.

"I was really not part of the discussion or decision that saw Vihari open with me. But I have batted with Vihari quite a lot for India A and in the ROI matches. Though I hadn't opened with him before, I am quite comfortable batting with him. Honestly on debut, I was more focused on sticking to my game plan, riding the nerves and doing what I do best."

"There was immense support from the dressing room. Something that motivated me was Virat [Kohli] talking in the huddle before the Test and reminding me that bigger the stage, greater the opportunity to contribute and showcase my talent. They were all backing me and reminding me that I was scoring plenty of runs, so I didn't have to be changing anything about my game."

Agarwal was intent on sticking to his routine preparation - a carefully prepared fitness regime mixed with lot of net sessions - in the off season with a tour of West Indies with the India A team looming. He was watching the World Cup, of course, but when he got called up, it was a bolt from the blue. He wasn't among the stand-by players named before the World Cup and hadn't played limited-overs cricket for India, all of which made the eventual call-up in the business end of the tournament a major surprise.

"I was just going about the preparations in the India A camp for the West Indies tour. When I was there, they communicated very clearly about what was expected of me and why I was the one called up. The whole experience was fantastic. To be in the World Cup team and to experience something like that was tremendous. Everyone was motivated and working hard. The intensity in the camp was unbelievable," Agarwal says.

While he was a replacement player at the World Cup, Shikhar Dhawan being under an injury cloud and opportunities for new personnel opening up with the next big ODI tournament four years away, Agarwal was expected to retain his place in the fifty-overs side for the West Indies tour.

Consistency in selection has been a big part of India's selection policy in the MSK Prasad regime and this saw Agarwal, who was a replacement player in the first place, swapped out for Dhawan. Despite Prasad's justification, there was quite a lot of outrage on social media regarding Agarwal's non-inclusion in the ODI team but you ask the man himself and the last thing on his mind is selection. "I don't think much about selection. My focus is to go out there, perform well and keep doing what works for me. I had a talk with Prasad Sir about the ODI team selection for the Windies tour but I don't want to delve into the details," Agarwal maintains staunchly.

"Running is still the biggest part of my routine. Long distance running is something that worked wonders for me before. Before a series, I always look to work hard on my fitness, do a lot of running as it calms my mind and prepares me for the rigours of Test cricket. Of course, there are a lot of batting sessions too where I focus on middling the ball. I do work on certain things specifically but I don't like to talk about it too much." And what did stand out during his two Tests was a calm mind and the ability to focus on the job at hand for long periods in the middle.

West Indies isn't an easy place for openers but having adapted to Australia quite seamlessly, Agarwal is confident that despite an ordinary run of scores in the West Indies A games - 4, 81, 33 and 5 - the two matches should prepare him for the conditions in the Caribbean, a place he hadn't been to before.

He will have reassurance from the other end with his best friend and childhood mate, KL Rahul, set to open alongside him in both Tests. India haven't picked another opener in the Test squad - although Rohit Sharma and Hanuma Vihari are available to step in if needed - confirming the confidence they have in these childhood mates.

"It's been one hell of a journey for both of us [him and Rahul] - from playing under-13 for Karnataka together to making my Ranji debut alongside him to opening the batting in Tests in Australia. We have had great partnerships for Karnataka as well and opening together for India was something we dreamt of together as 14-15 year old kids. That came true at Sydney. Having a best friend like him in the dressing room when I first walked in helped a lot. Hopefully we do a great job in West Indies," Mayank says.

It may not be easy for the duo, though. When reminded that West Indies hasn't been easy for openers in the recent past with the second lowest batting average for openers since 2010, Agarwal brushes it aside casually.

"I am not too worried about the stats. Different conditions offer different challenges and as professional cricketers we are expected to adjust accordingly. There was a lot to learn for me after the Australian series and I have been constantly honing my skills. I just look to apply the work I have done in the background. I don't change too much of my preparations based on conditions. I stick to my game plan and take it ball by ball. I don't talk on my goals or my achievements. I prefer to keep those to myself."