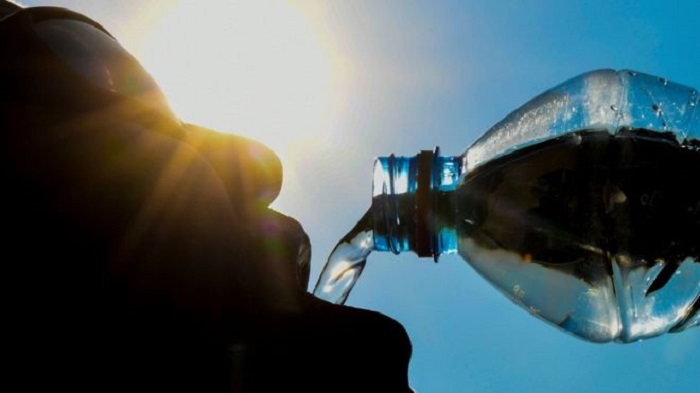 Microplastics in drinking water do not appear to pose a health risk at current levels, according to the World Health Organization (WHO).

In its first report on the issue, the WHO found that larger particles, and most smaller ones, pass through the body without being absorbed.

But it said the findings were based on "limited information" as it called for greater research on the issue.

Microplastics, defined as small (less than 5mm in length) pieces of any kind of plastic debris, have been found in rivers, lakes, drinking water supplies, and in bottled water.

So what does that mean for human health?

In its first ever report on the issue, the WHO says microplastics do not appear to pose a health risk at current levels, but adds that much more research is needed.

Proper studies into plastics in water only really began in the last couple of years, so the evidence available so far is, the WHO admits, limited.

What is more, the studies undertaken were not standardised, with different researchers using different filters to assess the number of plastic particles present in different water sources.

"To say one source of water has 1000 microparticles per litre and another has only one, could simply be dependent on the filter size used," explained the WHO's Dr Bruce Gordon. "We're basically at a point where the study methods were quite weak."

Nevertheless Dr Gordon does say the available research should be "pretty reassuring" for human consumers. The WHO says the evidence suggests that all larger plastic particles, and most of the smaller ones, simply pass through the body without being absorbed at all.

What should be done?

Proper waste water treatment, involving the removal of faecal content and chemicals, should, the WHO says, also remove more than 90% of microplastics. That is why the WHO's recommendations in the wake of this report do not include routine checks for microplastics in water. Instead, the WHO wants drinking water suppliers and regulators to concentrate on "known risks".

"Two billion people drink water that is faecally contaminated," said Dr Gordon. "And that causes one million deaths a year. That has got to be the focus."

Nevertheless the WHO views plastic pollution as an urgent problem. It advises reducing the use of plastics wherever possible, and improving recycling programmes.

How limited is the research?

The key message of this initial report is really how much we don't know about the consequences of plastic pollution.

Some studies suggest that bottled water contains more microplastics than tap water, but it is not clear why. It could be a contaminated source water, but it could also be the plastic polymers used to make the bottles and bottle caps.

And although the available evidence suggests the health risks associated with ingesting microplastics, and the chemicals associated with them, are minimal, the studies so far contain significant data gaps, which need to be corrected in future research, according to the report's co-author Jennifer de France.

"We need to know the number of particles that have been detected, the size of these particles, the shapes, as well as the chemical composition," she says.

So this report on the health consequences of microplastics is likely to be the first of many. Because microplastics are present not just in water, they are in the air, and in our food. In the next few years, the WHO would like to see a report looking at what this "total environmental exposure" means for our health as well.