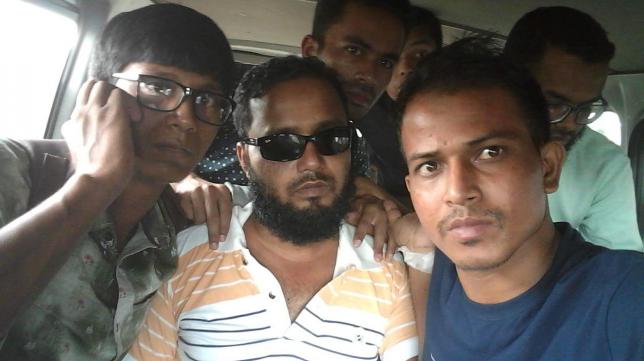 Siddiqur Rahman, the college student whose eyes were damaged during a demonstration in the capital on July 20, 2017, has secured First Class (CGPA 3.07 out 4) in honors final exam from Political sciences department in Government Titumir College of the capital.

The result of honours final exam was published on Tuesday.

Siddiqur, who is now working as a telephone operator at the Essential Association Drug Company Limited, took part in the examinations with the help of Braille method.

Taking about the result, delighted Siddiqur said that he will now take preparation for MA and BCS.

“I want to continue my study. I’ll attend BCS exam. I want to be a BCS cadre,” he said.

Siddiqur was injured on July 20, 2017, when he took part in peaceful protests with students of seven government colleges affiliated with Dhaka University demanding declaration of the exam schedule.

His eyes were badly damaged when police charged batons and lobbed tear gas at the students at Shahbagh.

He was taken to Chennai’s Sankara Nethralaya Hospital on July 27 to see an eye specialist. But the Chennai doctors did not have any good news. They said Siddiqur had no chance of regaining his eyesight.

The government bore the cost of his treatment as per the directives of Prime Minister Sheikh Hasina.

On September 13, 2017, the government gave Siddiqur a job as a telephone operator at the Essential Association Drug Company Limited.