I convey a lot with my eyes: Prabhas 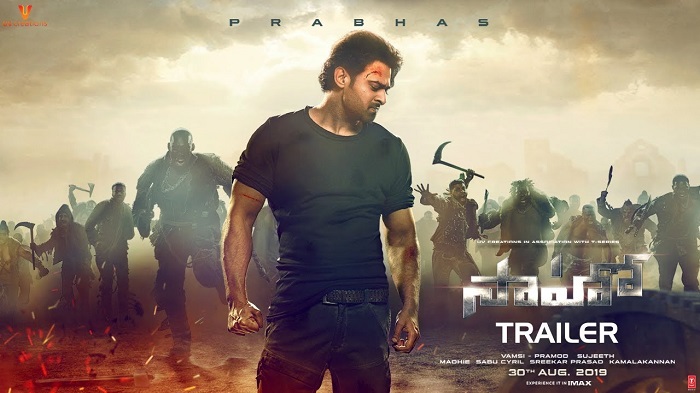 Going by the trailer of his new film, Prabhas is back to playing the larger-than-life hero in "Saaho", after the "Baahubali" series.

Telugu actor Prabhas became a global star after the blockbuster success of the "Baahubali" films, is back with his new film "Saaho", which promises to be an extravagant action thriller and is rumoured to be made at a budget of Rs 350 crore.

Going by the trailer of his new film, Prabhas is back to playing the larger-than-life hero in "Saaho", after the "Baahubali" series. The actor says he is comfortable portraying such an image.

"I am quite confident doing action and giving silent expressions as well as close-up shots. I go easy with the swagger and convey a lot with my eyes. I am not that confident with my dialogue delivery and am constantly working on that," Prabhas revealed to IANS, on how he goes about creating the alpha male image for the screen.

Considering his last release, "Baahubali 2: The Conclusion" ended up one of the highest-grossing Indian films ever, Prabhas concedes he was careful about what to do next. Initially, he has toyed with the idea of signing a small and easy film, to have some stress-free time.

"I was looking for a different script after 'Baahubali' and I wanted to do something small. If we look at the magnitude of 'Baahubali', honestly speaking, it is not possible for an actor to deliver every film at such a level. It is too much pressure and the risk was huge. We shot for the two 'Baahubali' films over five years. It was exhausting, though the final product was grand. So, initially, I wanted to do something easy-breezy," he said.

However, when the script of 'Saaho' came up, the actor could not resist. He also mentioned that the budget of his new film eventually increased to create all the grandeur.

"we started planning the film with a budget of 150 crore rupees. Then slowly we developed the script and especially the action sequences, and that made us expand the budget to 350 crore rupees. We cannot deliver a bad quality of VFX, we are looking for excellence."

"Saaho" has been simultaneously shot in Telugu and Hindi, and Prabhas says he had to constantly adapt to the two versions, particularly when it came to dialogue delivery.

"There are differences I had to keep in mind as an actor. For example, in a south Indian language, say in Telugu, the emotion inherent in a sentence normally comes at in the end of the line, while in Hindi you express the emotion with every word. The flow of the language is different and my expression had to be in sync with the words. It is a technical thing but I had to get it right," he pointed out.

Language, Prabhas says, was a challenge. "I born in Tamil Nadu, so I am familiar with the Tamil language but Hindi was a first-time experience for me. This was the first time I was shooting a film in Hindi, so I consciously put extra effort. It is up to the audience to decide now, though our whole unit felt my Hindi is good," he said.

Starting his career in 2003 with the Telugu film "Eeswar", Prabhas has done several films in Telugu but recognition came only after the "Baahubali" series.

What does he look for in a script now? "For me, the story has to be engaging and the treatment of the story has to be designed to entertain the audience. It is not star power (that I look at). Rather, I look at my character in the film as secondary because the script is what we are contributing to. In 'Baahubali', too, the global appreciation happened because of the way (director) Rajamouli garu treated the story with grandeur. It was a story of our superhero, an Indian story," said Prabhas.

'Saaho' is one of the most technically-advanced films ever produced in India. The film has been shot with IMAX cameras and has the look and feel of a Hollywood film. Does that snatch away an element of Indianness from the film?

"What we saw in (the action sequences) 'Baahubali' was a combination of action and dance choreography, and that is why there was a different kind of grace in those scenes. 'Saaho' is a regular film, with some stylish and slick action choreography. We are not trying to compete with Hollywood because they are much advanced than us, but it is true that we are capable of delivering something at par with international standard. We have the talent but in Indian films, we haven't tried this level of action and VFX. So, for the mass audience in India, we are giving something that is new and technologically advanced. "For the rest, it is upto the audience to decide. As for me, as the release date approaches, my stress level is going higher!" he smiled.