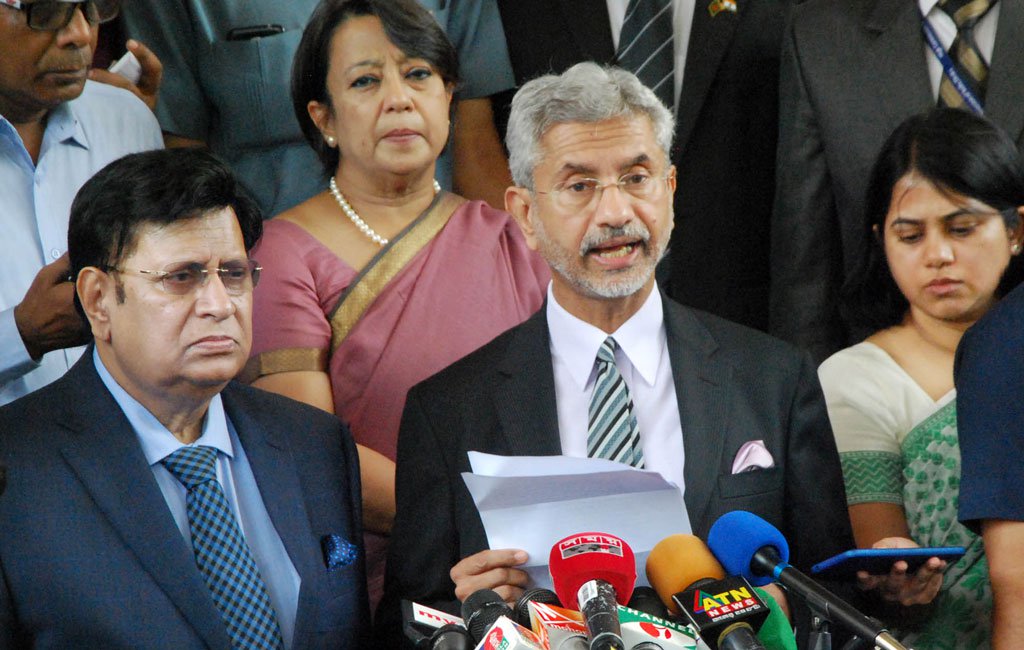 Wrapping up his visit, the Indian minister said he had "productive discussions" with his Bangladesh counterpart Dr AK Abdul Momen on Tuesday.

"Good to see our ties on such a positive trajectory," he said before leaving Dhaka.

State Minister for Foreign Affairs M Shahriar Alam and Indian High Commissioner in Dhaka Riva Ganguly Das saw him off at Hazrat Shahjalal International Airport around 10:30am, said an official.

Jaishankar said India’s partnership with Bangladesh remains an example of what neighbours can do if they work together as two partners.

He said the Indian government, led by Indian Prime Minister Narendra Modi, is determined to ensure that this partnership is truly a role model in South Asia and for the world.

The Indian minister said they would like to offer all possible support to realise Bangladesh’s development agenda which is in India’s interest as well.

The Indian minister visited Bangabandhu Memorial Museum at Dhanmondi-32 and paid tributes to Father of the Nation Bangabandhu Sheikh Mujibur Rahman by placing wreaths at his portrait there on Tuesday.